PositiveMed The Positive Side of Medicine
Home health Injured and Hurting, Time to Fix How We Treat Pain on the Job 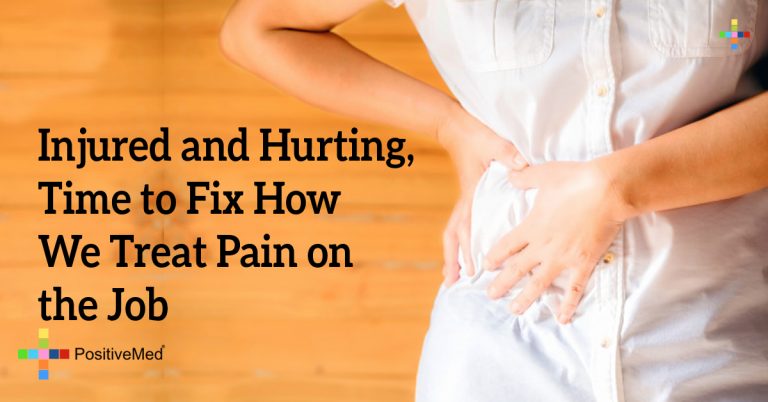 Injured and Hurting: Time to Fix How We Treat Pain on the Job
By Dr. Peter Abaci

September is Pain Awareness Month, but I can give you 600 billion reasons why we should really call it Awareness of Bad Treatment Month. According to the Institute of Medicine’s 2011 report, chronic pain costs our nation up to $635 billion in medical treatment and lost productivity making it a major reason for missed time at work and long-term disability. Consider that over 100 million Americans experience chronic pain, compared to 12 million with cancer, and 16 million with coronary heart disease, and you start to see that we are dealing with not just dilemmas about medical treatment, but also social, economic, and political challenges as well. In fact, the Affordable Care Act requires the Department of Health and Human Services to examine pain as a public health problem.

When a worker gets injured on the job, their medical treatment becomes the responsibility of a lovely system known as workers’ compensation, or work comp for short. Unfortunately, the medical treatment for chronic pain in these systems is often over-burdened with red tape and ignores evidence-based guidelines resulting in frustrating inefficiencies, higher costs and, ultimately, poor patient satisfaction as well as diminished productivity. Each state runs their own system for treating work injuries and disability, but from what I gather, most are probably as insufferable as the one I work with in California. Once a worker gets injured on the job, they immediately enter a legal system that controls how and what they get paid as well as what type of medical treatment they are entitled to. When relegated to this environment, my patients usually feel lost, dehumanized, isolated, and plain scared to death.

To put it another way, the healthcare systems that we have set up across the country that are supposed to lessen the impact of pain on our society have actually done the opposite and are now part of the problem. Understand that work-related injuries get treated in systems that have layers upon layers of administration designed to regulate treatment with the hope of controlling costs but all too often the patients end up with sub-optimal care while tons of time and money gets wasted on non-clinical applications. I routinely see patients in work comp systems literally wait months to get simple treatments like 6 sessions of physical therapy approved because it went through an all too common slog of medical review boards, administrative red tape, and legal bantering. Why waste so much time and money on administrative runarounds and legal monkey wrenches when none of that improves patient health or curbs costs? I recently saw a distraught female patient who survived wars in Afghanistan and went on to have a successful retail career in the U.S. until she hurt her back on the job. The stress of trying to recover while in the California work comp system proved to be far more overwhelming than anything she had ever faced in her war-torn homeland. Imagine the worry of not knowing if you will recover enough to be able to support your family while the weeks and months float by as others try to decide your fate?

Consider the psychological theory of learned helplessness which suggests that when a person or animal is repeatedly faced with an adverse event that it is powerless to escape from it basically learns to give up trying. When given the opportunity later, the individual can no longer find the mettle to get away from something that it finds harmful. Based on this theory first discovered by Martin Seligman while observing animal behavior, putting people in a stressful medical and disability system where they have no control will create precisely the results that we see – delayed recoveries, prolonged suffering, and sky-rocketing costs. The frustration that work systems generate in turn prompts those paying the bills, like insurers and employers, to persuade politicians to impose yet more regulations which only serve to further exacerbate what is already broken. In other words, we keep pouring gas on the fire and wonder why it keeps burning hotter and hotter.

Sometimes the answers to these problems come from the unlikeliest of sources. Recently, one of my most outwardly anxious and difficult to console patients came in for a follow up visit, and I was amazed at how calm she suddenly appeared. Because of the debilitating chronic nerve pain in her foot from a fracture that occurred at work, she often spent her appointments doing a combination of crying, yelling, and hyperventilating as she agonized over both her medical situation and her economic future. Now all of a sudden, she is walking better, looks less distressed, and is smiling. What changed was that she settled her work comp case and is no longer in the system. With the money she got in her settlement, she wants to pay for the treatments that she feels would be most valuable. And then it hit me! Once she was given more autonomy and responsibility on how to use resources for medical treatment, then she not only felt more empowered but also had less pain and anxiety. Getting out of a toxic system improved her condition overnight.

To address chronic pain as a public health problem means we need to start to build systems geared toward success, not failure. Why not build in health and wellness spending accounts for patients in disability systems that they can use to take a much more active part in their own recoveries? If we took even half of the money that we now waste on legal and administrative costs used to blunt treatment and gave it to the patients to use on things like quality rehabilitation, counseling, education, social support, and interdisciplinary pain treatment programs, then I am certain that we would see much better results than what we see now. For example, in Britain statistics show that the primary causes of missed days from work are stress, depression, anxiety, and musculoskeletal disorders like back pain. Granted, along with freedom of choice comes accountability, but many progressive companies now offer on-site employee medical visits and wellness programs because they recognize that optimum workforce health translates into corporate success.

Let’s make Pain Awareness Month about progressive change. It is time to leave behind archaic systems and embrace evidence-based, forward thinking methods of delivering care that are both patient-centric and at the same time utilitarian. We simply can’t afford not to. 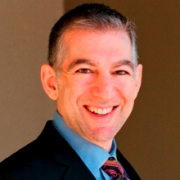