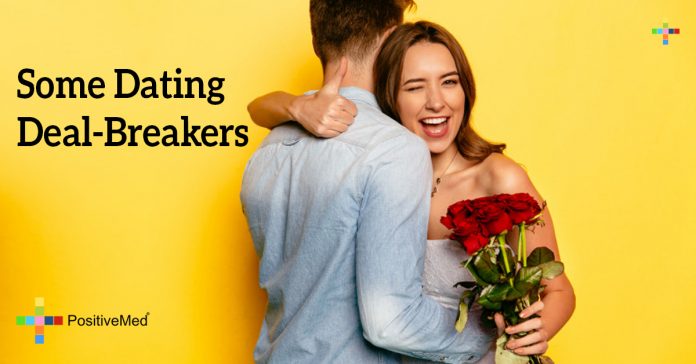 There are some attitudes that are predictors or deal-breakers for realizing if you are in a healthy or toxic relationship. Identifying the clues can save you precious time without people that don’t deserve energy or space in your life. Some think that the first months of dating with are like a assessment time to get to know the person you are with.

• There is not a single laugh. One dimension of attractiveness is the ability to have a good time. Not acting like a clown or comedian, but to share through laughter and humor, to be able to laugh spontaneously about anything.

• They cannot accept mistakes. Its very difficult to admit mistakes, even little ones, or not being able to apologize when necessary. They may avoid situations where they can be confronted or avoid confrontation.

• Living for the moment. Someone that doesn’t want to develop a long-term relationship will enjoy moments without compromise. Fear and lack of compromise can be a direct sign they lack seriousness. Someone that is truly interested will collaborate in creating a future with clear action, not just daydreaming or pretending.

• Respect for each other. Its important to have balance between my likes and their likes. Its not about imposing or letting the decisions lie with one person, its about consensus.

• Sexist attitudes. Does that person show true respect for you? Where is the attention of this person? Are they constantly looking for attention and compliments?

• Obsessive attitudes. Ending each other’s sentences, over-complimenting, reading your mind, can be kind of chaotic overtime. Long telephone calls, or infinite texts or messages can be warning signs of a stalker.

• The Seinfeld Syndrome. You realize your partner finds defects or qualities they cannot stand in almost everyone. If they criticize others harshly, you might be next.

• They are always too busy. Nothing is more frustrating than someone who doesn’t have time because of the many duties that don’t let them be fully involved in the relationship.

• Handling the first argument. You can assess much of the potential success of any relationship by observing how an argument or differences within the couple are resolved. Isolation, guilt, or aggressive signs can show you are looking in the wrong direction.

• Do you seek the same things in life? It’s not about judging a book by its cover, its about knowing to what extent you are in the same boat. Do you share anything in common? Can you tolerate the differences?