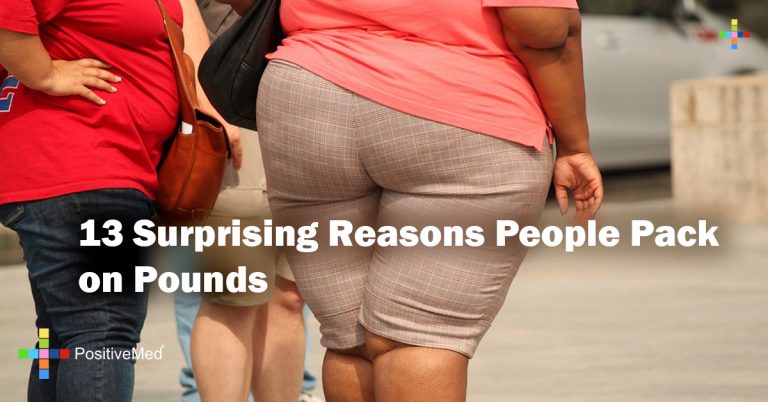 1. Not knowing how many calories to consume

Many don’t know how many calories they need and the caloric value of the foods they eat which results in overconsumption. Consulting your dietician and asking for the proper amount of calories you need is a good idea.

Try eating food on smaller plates. If you use bigger plates the chances of taking more than required food increases by 23%. If your kitchen shelves are full of large dishes its time to downsize.

When you go shopping for groceries you carry a list of foods that you need. Going shopping without a list leaves you open to unhealthy temptations.

According to research conducted at Wake Forest people who sleep less than 5 hours daily are more likely to put on love handles, more than 250%. Sleeping more than 8 hours daily has same effect. Ideal sleep for most people is 6-8 hours.

One of the most common reasons people pack on pounds is drinking sugary drinks. Statistics suggest that an average American drinks one gallon of soda every week. Soda contains a lot of calories, consumption of just one cola per day increases your chance of being obese by more than 33%.

In a survey conducted in 2011 it was found that 17% of Americans have agreed on skipping meals as a weight-loss technique. Skipping meals actually increases the chance of gaining weight. Skipping meals slows down metabolism resulting in digestion problems and weight gain.

Drinking water is important for overall health. One study found that having 2 cups water before meals can help you reduce weight 30% faster.

When we sleep our bodies burn fat. This process is interrupted if we go to sleep with a full stomach, our bodies get busy processing the food in our belly. One study of 52 adults found that people who ate after 8 p.m. gained more weight and had higher BMI’s.

Eating in a restaurant with a buffet is one habit that can make you gain. When we’re at a buffet we often tend to take more than enough food. Research shows that 15% of overweight people take a seat where food is clearly visible, leading to more temptation and calories.

10. Dining out too often

The USDA says that Americans eat more, consume more calories, or both when eating out. The best way to avoid this habit is to make cook at home.

Sugar is the biggest source of extra calories which are harmful to your health. The soda that you drink or any other packaged fruit juice adds to your sugar intake which adds on pounds.

Not being able to find sufficient time to exercise is the biggest reason for increasing obesity. Exercise burns extra calories keeping you physically and mentally fit.

13. Not having an eating plan

The last reason people pack on pounds is that they do not have a diet plan and eat whatever they find without considering its nutritional benefits or drawbacks. Generally tempting things are high in calories and we eat them without fail in absence of a plan.

13 Habits that Pack on Pounds

By PositiveMed-Team
Edited By: Stephanie Dawson
Last Updated on May 25th 2014