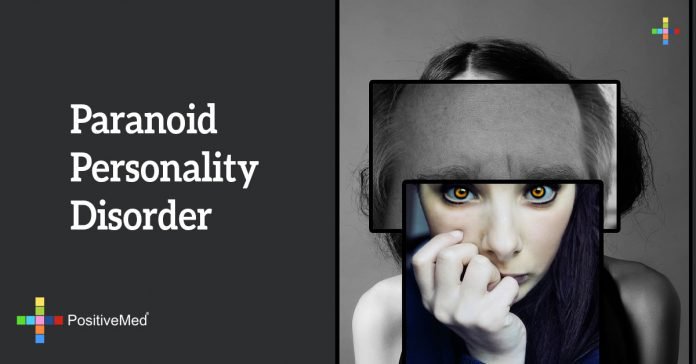 Paranoid Personality Disorder, or PPD, is one of a group of disorders centered on eccentric or odd thoughts. Those with this disorder are constantly on guard, believing that others are out to get them, and that general comments are a personal threat.

• Doubtful of loyalty from even close friends

• Very reserved, afraid that personal information will be used against him

• Can be very jealous, doubting the sexual fidelity of his partner without reason

A common sensation in PPD is mistrust in everything and everyone, they often feel that others have intentions to hurt them. They can be hostile, hypersensitive, cold, envious, rigid, and behave in a passive-aggressive manner. These characteristics don’t allow emotional closeness. They feel unable to trust anyone for fear of feeling vulnerable. They often feel envious of those in control. At times those with PPD are people-pleasers letting go of their own needs.

The majority of people who suffer from this condition don’t express their inner feelings to others, often trying to please them or at least pacify. There is great consideration for the image they project, aiming for proper and polite, with high social desirability. Most of those who live with someone with PPD doesn’t suspect that their partner is always in a state of mistrust or jealousy. They are always looking for signs or clues that confirm their fears. They can provoke situations to confirm what they are looking for. For a paranoid personality its difficult to accept or process stressful and negative events and almost impossible to accept blame.

Unconsciously they often feel bad, guilty, weak, and pursued by temptations and impulses that they need to project onto others, they try to reject their own negative traits.