PositiveMed The Positive Side of Medicine
Home health brain How to Keep Your Pituitary Gland Healthy! 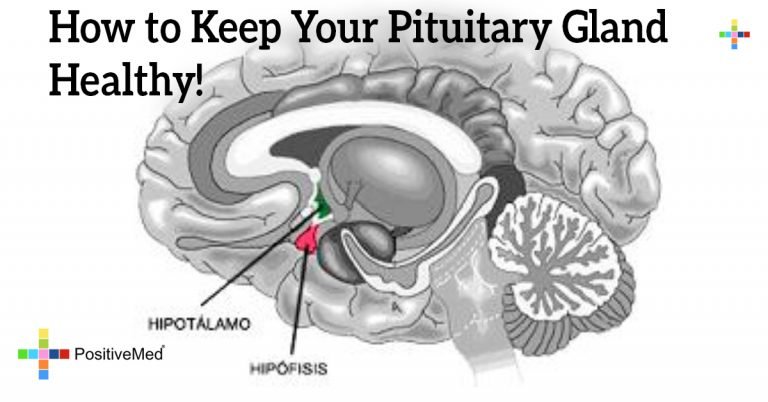 How to Keep Your Pituitary Gland Healthy!

The pituitary gland, through the little-known hypothalamus that lies directly above it, is the appetite center and the sleep center of the body. Insomnia and loss of appetite are two universal complaints found in thousands of the past-forty group who have strayed from the rules of good nutrition. Exhaustive research has discovered that the pituitary is extremely sensitive to diet. If you do not eat enough high-protein foods, then your pituitary cannot produce a normal supply of its own dozen or more vitally-needed hormones which, themselves, are made of protein. In addition to protein, the pituitary is stimulated by vitamin E, the richest source of this is wheat germ, and increased amounts of vitamin A either in foods or in concentrated form, have directly beneficial effects on the entire endocrine group.

Every part of your body is important to be completely healthy. Whether it is an organ or a gland, it is essential to understand how every part, big or little, affects your overall well-being.

Neurons carry messages regarding the production of hormones between the pituitary gland and the hypothalamus, both of which are located at the base of the brain, nestled in a rounded part of bone carefully protected. They are connected by a bunch of neurons called the infundibulum, together they work to regulate all the hormones that circulate in the bloodstream, controlling things like growth and hair pigmentation. Hormones are the long-distance messengers that can inform cells when to become active or stay dormant. The pituitary gland controls the thyroid, adrenal glands, ovaries, and testes, even though it’s only the size of a pea.

There are three different parts of the pituitary gland that have selective functions. The posterior lobe, called the neurohypophysis, releases the hormones vasopressin and oxytocin, but doesn’t produce them. Vasopressin is an anti-diuretic that controls how the kidneys absorb water. Oxytocin is a special hormone, sometimes referred to as the ‘love hormone,’ as it plays an important role in the neuroanatomy of lovemaking, specifically in [email protected] reproduction, in particular during and after childbirth. It is released in large amounts after distension of the cervix and uterus during labor, facilitating birth, maternal bonding, and, after stimulation of the nipples, lactation. Both childbirth and milk ejection result from positive feedback mechanisms.

Recent studies have begun to investigate oxytocin’s role in various behaviors, including satisfaction peak, social recognition, pair bonding, anxiety, and maternal behaviors. For this reason, it is sometimes referred to as the bonding hormone. There is some evidence that oxytocin promotes ethnocentric behavior, incorporating the trust and empathy of in-groups with their suspicion and rejection of outsiders. Furthermore, genetic differences in the oxytocin receptor gene (OXTR) have been associated with maladaptive social traits such as aggressive behavior.

The anterior lobe of the pituitary gland is called the adenohypophysis. It produces a variety of hormones, such as prolactin that stimulates lactation in women. Melanocyte spurs the body to produce melanin for skin and hair pigmentation. Follicle-stimulating hormone (FSH) indicates where and when hair should grow during development. This important growth hormone controls bone growth to determine height and is especially active during adolescence. Hormones control glands as well. The pituitary gland is responsible for many stages and aspects of our maturation.

To help keep the pituitary gland working as it should, eat 2-3 servings of fruits and 5-7 servings of vegetables each day, as well as 3-4 servings of protein each day. Try to keep carbohydrates down to 50 grams per meal, as too many can cause it to malfunction and even cause problems in other areas of the body.

How to Keep Your Pituitary Gland Healthy!
[Last Updated on June 2nd 2014]
SOURCE