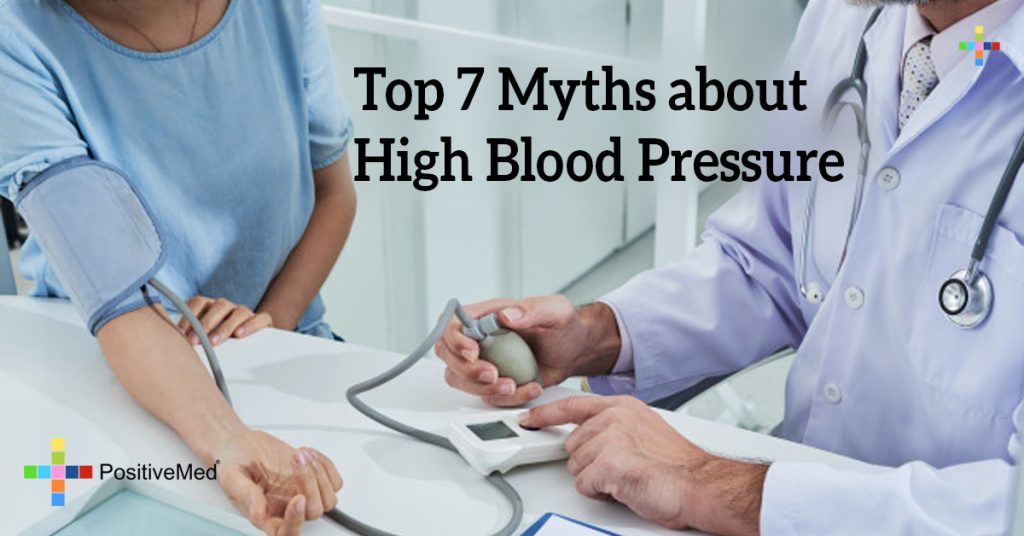 High blood pressure is also known as hypertension, and often referred to as simply BP.

As per the recent guidelines set by National Health, Lung, and Blood Institute normal BP would be less than 120 mmHg for systolic BP and less than 80mmHg for diastolic BP. This is different from the old standard of 140/90 your doctor may still be using.

2. Salt is the main cause of high BP

Though table salt and sodium found in soup, processed meat, and frozen foods can raise blood pressure, however there other factors responsible for high blood pressure including family history, age, certain diseases, obesity, and diet.

More than 76 million U.S. adults have high blood pressure and many of them don’t even know it. They don’t have any symptoms. They should take it seriously and know that high BP is a serious problem and if uncontrolled, it can lead to severe stroke and other health problems.

4. One abnormal pressure reading means I have high BP.

One high reading of your BP is not enough to diagnose that you have high BP. Several tests should be taken on separate days to see if it is consistently high. A doctor will diagnose hypertension only after several readings taken over a period of time.

5. You will have physical symptoms of high blood pressure
High blood pressure does not always show symptoms before it strikes and is considered a silent disease. Everyone is urged to check their BP on regular basis, watch their diet and exercise. A healthy lifestyle is the best way of defending against hypertension.

6. High blood pressure is not a problem in United States

It is mere a myth that BP is not a problem in US. Hypertension is a worldwide health problem that can lead to cardiovascular disease, death, and disability.

7. Men are the only ones who should worry about high BP

Hypertension is equally likely to occur in men, women, children, old and young.