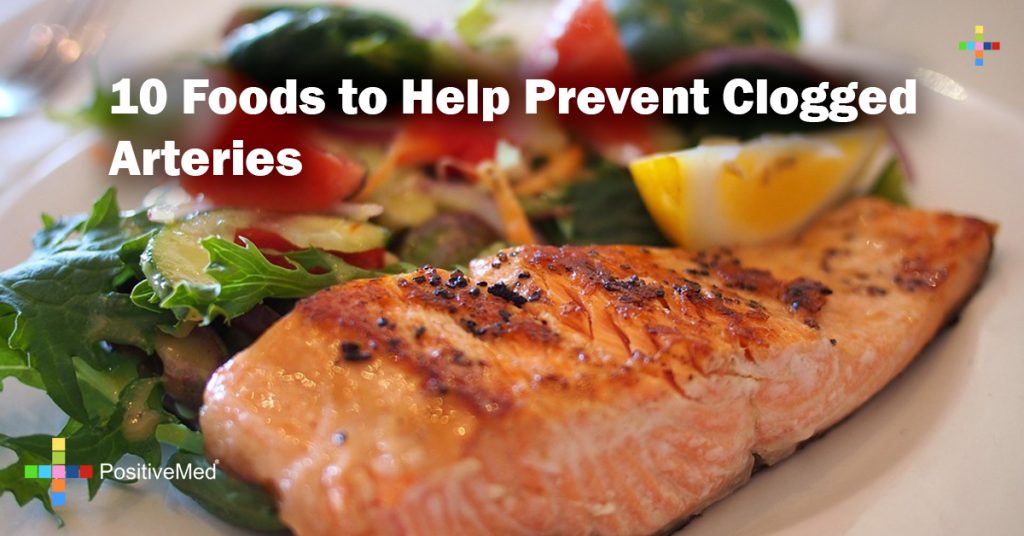 • Garlic
Since ancient times garlic has been used to treat heart disease and hypertension. According to a study published in preventive medicine, garlic inhibits coronary artery calcification which serves as a marker for plaque formation.

• Grapes
Grapes are rich in flavonoids, quercetin, and resveratrol. These flavonoids have been found to prevent the oxidation of bad cholesterol that leads to the formation of plaque in artery walls. They also lower the risk of developing blood clots that can lead to heart attacks.

• Spinach
Spinach is rich in potassium and folic acids, both of which act as a defense against high blood pressure. Spinach is also rich in lutein, a plant carotenoid which not only protects against age related macular degeneration but also prevents heart attacks by keeping arteries free from cholesterol build up.

• Fish
A study conducted by researchers at Southampton University found that Omega 3 oils, present in fishes like tuna and salmon, stop the build up of fatty deposits in the arteries. These fatty acids prevent clots from forming and cholesterol from becoming oxidized.

• Olive oil
Only oxidized cholesterol is able to stick to your artery walls and form plaques. Monounsaturated fats present in olive oil when mixed with molecules of bad cholesterol become less likely to be oxidized.

• Tomatoes
According to a study conducted by Korean researchers, lycopene, a compound present in tomatoes that gives them their color, helps in prevent hardening of the arteries. Researchers found that women with the highest lycopene levels in their blood had the least stiffness in their arteries.

• Kiwi and Cantaloupe
These antioxidant-rich foods work by reducing toxic LDL cholesterol, which is formed by a rusting process in your arteries. They can help stop the rust in its tracks and even prevent it from spreading. Eat one cup of cantaloupe or one kiwi per day to unclog your arteries.

• Cranberry juice
This juice strains the fat out of arteries. Instead of having fat build up in your blood vessels, this juice boosts your cell’s ability to absorb the fat and use it for production of energy. Drink three glasses of this juice every week to unclog your arteries.

• Oats
Thanks to the soluble fiber in oats, cholesterol doesn’t stand a chance. This fiber attaches itself to cholesterol and carries it right out of your system. Some studies have shown that eating just 1 1/2 to 2 1/2 cups of cooked oat-bran cereal daily can lower cholesterol levels by almost 20%.