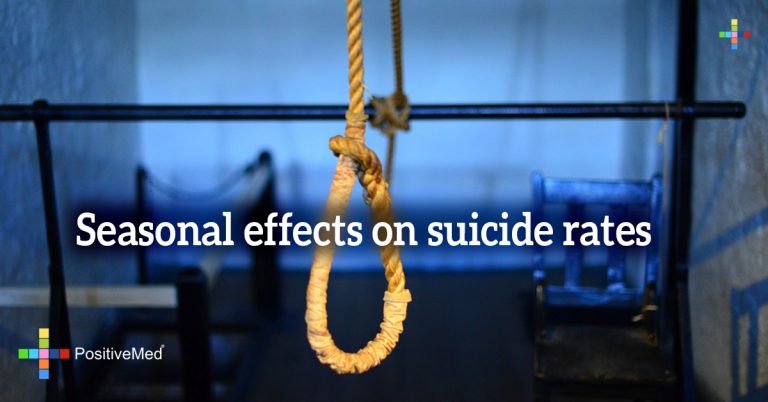 Are you aware that more than 38,000 people committed suicide in the United States in 2010? On average about 700 Americans kill themselves each week, the number keeps increasing annually, creating one of psychiatry’s most consistent epidemiological patterns.

Contrary to popular belief, suicide rates tend to increase in spring, not winter, and scientists are looking at a possible link to inflammation.

Suicide rates tend to drop in winter and peak in spring and early summer, a trend first noticed in Europe, the spring peak generally runs 10 to 25 percent above the yearly average and 20 to 50 percent above the February low.

A study of suicide in Switzerland found that the spring peaks have been flattening over the last century, suggesting it could disappear in Western countries.

People usually commit suicide because personal, social-system, and environmental factors combine to push them to a new place of energized despair, and for patients with bipolar disorder and depression, spring can create a manic agitation that amplifies the risk of suicide, agitation that has long shown itself in a rising rate of hospitalizations for suicide attempts and for manic or schizophrenic episodes in spring and summer.

Researchers have long suspected that this may be tied to the springtime drop in the sleep-friendly hormone melatonin, a reduction that energizes us for spring’s longer days but may sometimes help generate dangerous agitation.

Another possibility involves vitamin D. The low levels caused by lack of sunlight in the winter are thought to lead to inflammation, heightening the risk of depression.
One of the most intriguing findings in the seasonality of suicide is that this ancient pattern appears to be fading, possibly because we all spend more time indoors.