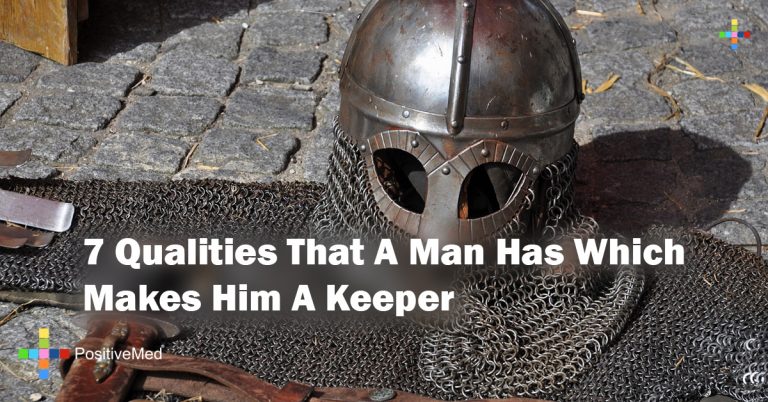 7 Qualities That A Man Has Which Makes Him A Keeper

When it comes to relationships, sometimes they feel as disposable as last week’s leftovers. Sometimes we overlook the real keepers and toss them back into the dating pool.

Here are 7 qualities to look for which will help you decide if he’s a keeper.

1. Blind to Everyone Else

Here’s the scenario: You’re sick, haven’t showered, nose is runny. He walks in with a cup of tea, kisses you on the forehead and tells you you’re the most beautiful woman he’s ever seen. Has he lost his mind? Perhaps he has – over you.

If you both have the ability to say what you mean and mean what you say then you are both on a track to keeping it real. Open communication and honesty go a long way toward working through troubled times.

He knows what he wants and sets goals to achieve them. Forward thinking is a hint that there may be a future. If he’s ambitious at work he has a greater chance of promotions and achieving financial security too. With ambition and drive, imagine what you could accomplish together.

4. Giving
Gifts are nice, but a deeper sense of giving is better. He gives his time to you, but he’s also willing to give the shirt off his back to help family or friends. Maybe he likes to volunteer for charitable causes. Whatever the case, he thinks of others – not just of himself.

5. On the Same Wavelength

Being friends is a good thing. The beginning of a relationship always feels like a whirlwind affair. After a while, love-making goes away, replaced by a deep love contact only known to couples with an abiding friendship, respect, and common ground.

7. He Makes You Laugh

“When people are laughing, they’re generally not killing each other.” ~ Alan Alda, actor. If he makes you laugh, all the world’s troubles seem to melt away, even if only for a short time.