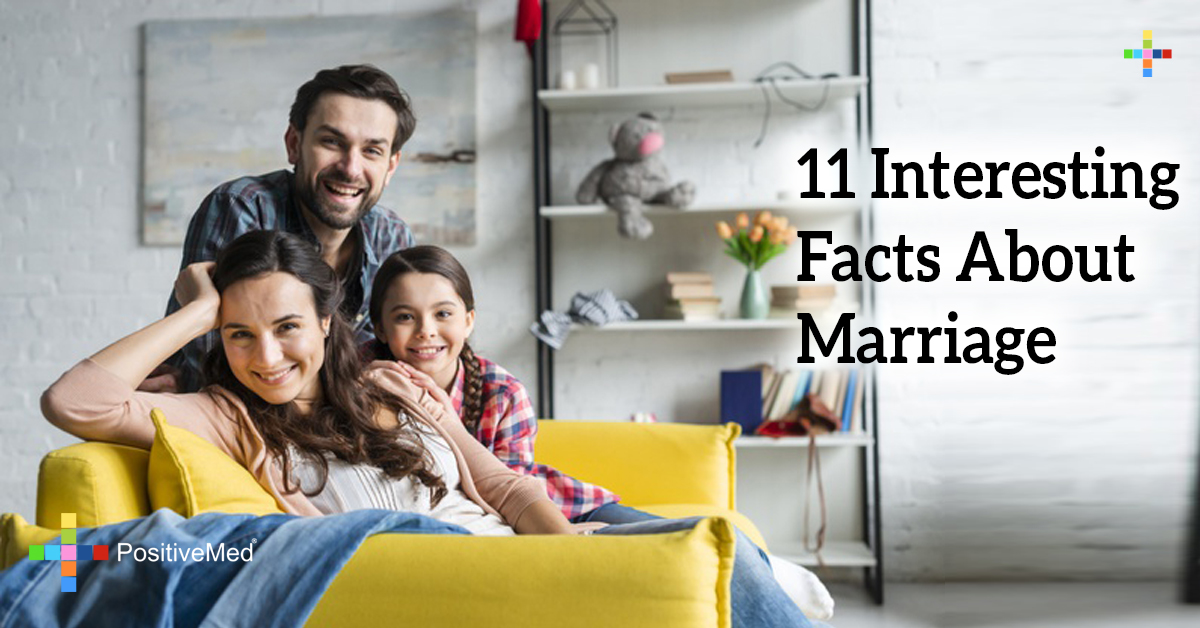 Marriage is a social union, and a legal contract between two people, that varies according to different cultures it happens for several reasons from emotional, financial, spiritual to religious and it consists on making a relationship permanent and official.

Married couples who have kids, full time jobs, use the internet frequently and have many hobbies, spend only about four minutes a day alone together, sharing a bed while sleeping wouldn’t count.

3. Meaning of the words:

a. Wife: comes from the Hebrew meaning “man”
b. Husband: meaning “master of the house”
c. Term “tie the knot” : means “hand fasting”

5. Nearly 60% of married adults have had at least one affair.

7. Girls who marry before 18 are more likely to experience domestic violence.

8. In some countries like Indonesia, Taiwan and Thailand, adolescent girls receiving and education has been a big factor in increasing the age of marriage.

9. Girls living in poor households are almost twice as likely to marry before 18 than girls in higher income households.

10. The white dress:
1840, Queen Victoria wed Prince Albert in a white bridal gown since then the white dress became the status quo.

11- The diamond ring:
1477,the Archduke Maximilian of Austria engagement was made by giving a diamond ring to Mary of Burgundy.