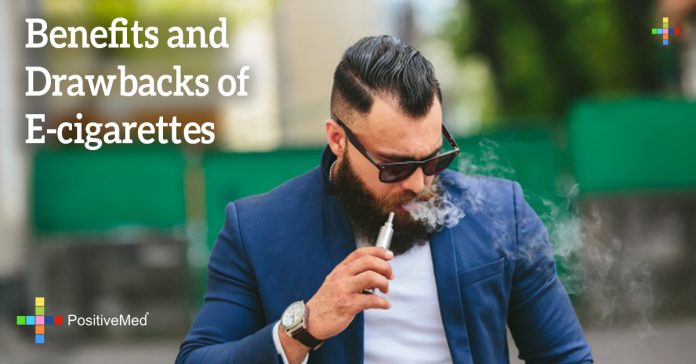 The electronic cigarette offers the nicotine-addicted an alternative to smoking tobacco. E-cigarettes don’t contain tobacco, instead, there’s a mechanism that heats up liquid nicotine, which turns into a vapor that smokers inhale and exhale. They are battery operated devices specifically designed to be used like the regular conventional cigarettes

They have much less serious effects on the health of the users than ordinary cigarettes, since it only contains nicotine and various substances that enhance taste, therefore it doesn’t have the harmful ingredients such as tar, arsenic, formaldehyde, acetone, carbon monoxide as well as carcinogenic substances that are present in normal cigarettes.

Smoking e-cigarettes alleviated the desire to smoke after abstaining from smoking overnight, was well-tolerated, and pharmacologically more like a Nicorette inhaler than tobacco.

The people around a person smoking an e-cigarette cannot be affected, which is chiefly because electronic cigarettes don’t emit smoke, they emit vapor which vanishes into the air, leaving no odor or any harmful substances.

Electronic cigarettes are helpful to people who are trying to quit smoking. They are easy to use and have many flavors including: vanilla, mint, lemon, cherry, cola, cloves, menthol, regular, and chocolate. Nicotine levels vary from high, low, and zero.

Toxicity
Other than Diethylene Glycol, e-cigarettes also contain cancer-causing compounds like nitrosamines. If the cigarette accidentally breaks, humans may be exposed to such harmful components.

Difficulty in adjusting
Many users of the traditional cigarettes have found it hard to adjust to these cigarettes.