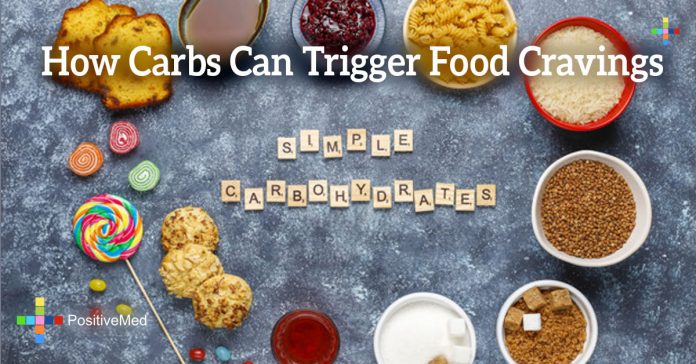 Have you noticed that high-glycemic foods like bagels, chips, and milkshakes, just make you hungrier? If you look at much of the literature about dieting, you might be led to believe that a calorie is a calorie, no matter where it comes from

Based on their effects on brain metabolism, all calories are not alike, and act in very different ways in your body, the so-called high-glycemic foods such as sugary foods and drinks, processed foods, and white flour products are famous for causing abrupt spikes leading to a fall in blood sugar stimulating parts of the brain involved in hunger, craving, and rewards, often driving people to overeat. If you are susceptible to these effects, limiting refined carbohydrates may be a logical first step for weight loss maintenance.

In addition to raising blood sugar, foods that are sugary and highly caloric elicit pronounced responses in distinct areas of the brain involved in reward.

The main reward and pleasure center, the nucleus accumbens, lights up more intensely for a slice of chocolate cake than for more bland foods like vegetables, and the activation tends to be greater in the brains of obese people than it is in those who are lean.

While eating high-glycemic food, blood sugar levels plummet into the hypoglycemic range, activating parts of the brain that regulate cravings, rewards, and addictive behaviors.
When blood sugar levels plummet, people have a tendency to seek out foods that can restore it quickly, and this may set up a cycle of overeating driven by high-glycemic foods.

As a normal protective mechanism the brain directs you to foods that rescue blood sugar by elevating it again.
Therefore, it isn’t just the amount of food we are eating, but also the type. Eat less refined carbohydrates and more whole foods.