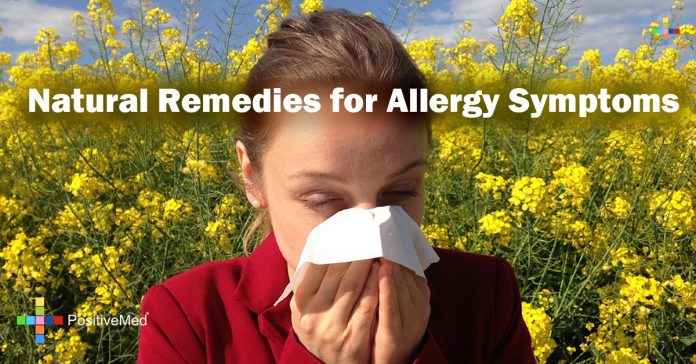 An allergy is the immune system’s abnormal response to contact with a specific substance. The system overreacts when faced with foreign substances or organisms, allergens, and deals with them as if they were harmful, as it would with invading bacteria, for example.

The response result is an allergic reaction, also known as a histamine reaction, which is the substance produced in response to the attack. Common allergens include certain foods, grass pollens, spores, fabrics, drugs, household chemicals, and stress. Some of the most common allergic responses are rashes, dermatitis, asthma, and hay fever/rhinitis. The most common symptoms are sneezing and runny nose, wheezing, excess mucus, rashes, edema, constriction of air tubes, anaphylactic shock, and heart failure, these last 2 can be fatal.

There are many home natural remedies you can try:
• Cleansing and detoxification will be followed by a varied diet of organic foods.
• Eat local honey if you suffer from hay fever.
• Honey and apple cider can be mixed in a glass of warm water then drank to restore and prevent allergies.
• Drink nettle tea to increase resistance.
• Apply nettle tea to the skin, or use Urtica urens cream, a homeopathic remedy for rashes
• Herbal preparations to boost immunity may be appropriate, including Chebulic myrobalan, which helps in cases of eczema, bitter orange or jimson weed for asthma and other respiratory allergies
• Place a few drops of Roman chamomile in a vaporizer or on a light bulb to treat an allergic reaction, including asthma.
• Melissa herbs in the bath or a vaporizer soothe and reduce a reaction’s severity.
• If suffering a sudden allergic reaction, use flower essences such as Rescue Remedy or Emergency Essence.