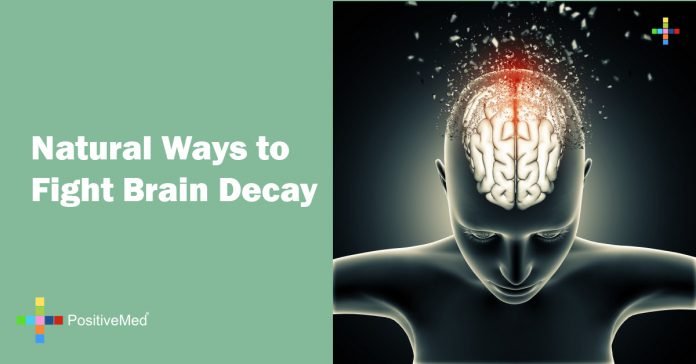 Do you have trouble concentrating? Do you walk into a room and forget why you went there?
Well, let me tell you that is not only because of age, but diet and lifestyle has a lot to do with it as well. Since mother earth is so wonderful with us, we can find all we need in nature. There are “brain foods” that have been shown to improve brain function, protect against age-associated cognitive decline and memory loss, encourage focus and clarity and will also help boost your concentration.

Before we start let me give you some important tips to prevent memory loss:

1- Eat Breakfast– first of all eating breakfast may do wonder with brain function. A study from University of Toronto shows that taking calories from any source (proteins, fats or carbohydrate) may boost your performance in memory tests. The reason is that having a breakfast boosts your glucose level, which is essential for proper functioning of your brain. We recommend having some fresh fruit and/or high-fiber whole grains like oatmeal and bran.

2- Eat lots of fruits and vegetables, since they are rich sources of beta carotene, flavonoids and vitamin C. Research on people 65 or older shows that those who have diets rich in beta carotene and vitamin C have much better brain function.

4- Sleep well– Sleep deprivation is known to cause a variety of cognitive and emotional problems, including but not limited to irritability and impaired memory, coordination, and concentration. These negative effects are common among those who work for long hours.

5- Stress Less– Stress is #1 proxy killer disease and is considered the underlying cause of more than 60% of all human illness. Long-term stress overloads the brain with some strong hormones that are only supposed to be secreted in emergency situations. This cumulative effect simply kills brain cells and decay brain function.

6- Have regular exercise– How about using exercise to build your brain? The British Medical Journal published a new study that establish that short 10 to 40 minutes bursts of exercise led to an immediate boost in concentration and mental focus.

Finally, eat lighter and combine the following foods, introduce them into your daily diet which will help prevent your brain from becoming sluggish! So, let´s begin!

1. Walnuts– Walnuts not only look like a brain, but they also help it to function better. Walnuts are able to reverse brain aging, including age related motor and cognitive defects. If consumed daily, they are also rich in vitamin E, which fights against free radical damage to the brain cells’ DNA.

Coffee has been the second or third most popular drink for generations, but only recently its diverse health benefits have been discovered. According to New York Times, moderate consumption of coffee in a size of a venti-size Starbucks cup can decrease the risk of Type 2 diabetes, and various forms of cancers, such as basal cell carcinoma (the most common skin cancer) and oral cancer. Interestingly, coffee can do great things for your focus and brain power too. The caffeine found in a cup of coffee first thing in the morning will wake up your brain and allow you to focus and concentrate. Another research from the University of South Florida and the University of Miami shows that moderate drinking of coffee in people over 65 may reduce the risk of alzheimer’s disease and memory loss.

Berries protect the brain from oxidative stress while decreasing the effects of age related conditions such as dementia and Alzheimer’s disease. Studies suggest blueberries improve learning capacity and motor skills in animals and in humans.

Spinach is a dark green leafy vegetable that is loaded with vitamin E and iron, which are needed for proper brain function. Spinach also contains tyrosine, a compound that is also found in foods such as eggs, cheese and soy. A new research from Leiden University and the University of Amsterdam, shows tyrosine can sharpen the reflexes and boost the concentration.

Carrots are abundant sources of beta-carotene which is great for vision, and also help to reduce inflammation and restore memory. A flavonoid compound found in carrots, known as Luteolin has anti-inflammatory effects and appears to reduce age-related memory loss and boost overall brain function. Luteolin is also found in broccoli, green chili (33.0 mg/kg), onion leaves, white radish and celery.[Source]

Consuming fish weekly can reduce the risk of stroke and dementia while slowing down mental decline, its also one of the best Omega-3 sources. The omega-3 fatty acids found in fish give our brain a huge boost!

For a long time, herbalists have recommended the use of sage oil for improving memory. New studies in Northumbria and Newcastle Universities show people who consume sage oil perform significantly better in various longterm and short term memory tests.

Book Recommendation:
Foods That Harm, Foods That Heal
by Editors of Reader’s Digest