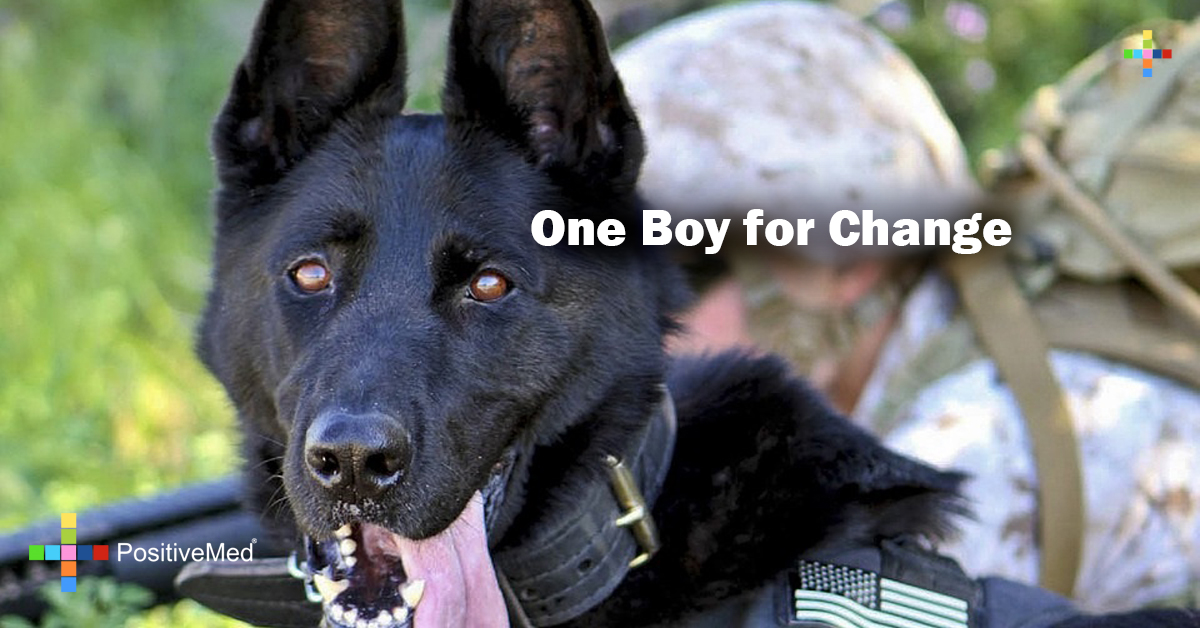 One person really can make if a difference, even if said person is a young man with epilepsy, partial blindness, joint issues, and seizures. Christopher Carswell, 13, had his first seizure in 2007. The seizure sent him into cardiac arrest and he was in a coma for over 7 hours.

Christopher has had a service dog, named Bronx, since 2010. Working with Bronx led to dreams of becoming a professional dog handler. Bronx helps Christopher with mobility and is able to detect a seizure faster than a human can, so that he can receive needed medical attention . Due to Christopher’s partial blindness he cannot become a dog handler.

Christopher started an organization called 1Boy4Change to assist people in getting their own service dogs. A service dog is rather expensive, and dog and human have an intensive work period together for training which is also expensive. Christopher stated he knows how hard it is and just wants to make a difference.

Christopher, from Brunswick, GA,  was recently invited to Moody Air Force Base as an honorary dog handler for a day. U.S. Air Force Major Brian Loveless also presented Christopher with a certificate thanking him for his community service and bravery.

Christopher said the opportunity to be a dog handler was amazing. His favorite part was the “bite training,” although he said it was a little bit painful. He witnessed the training of their dogs with simulated aggressors and even was allowed to go on a run in the patrol car and learn how they make felony stops.

Major Loveless was quoted “We don’t often meet young men of his caliber and we wanted to show our appreciation.” After his exciting day at Moody, Christopher and his family went to pick up 3 more service dogs going to people in need.

For more information on this day please see source: http://www.moody.af.mil/news/story.asp?id=123309634ce: