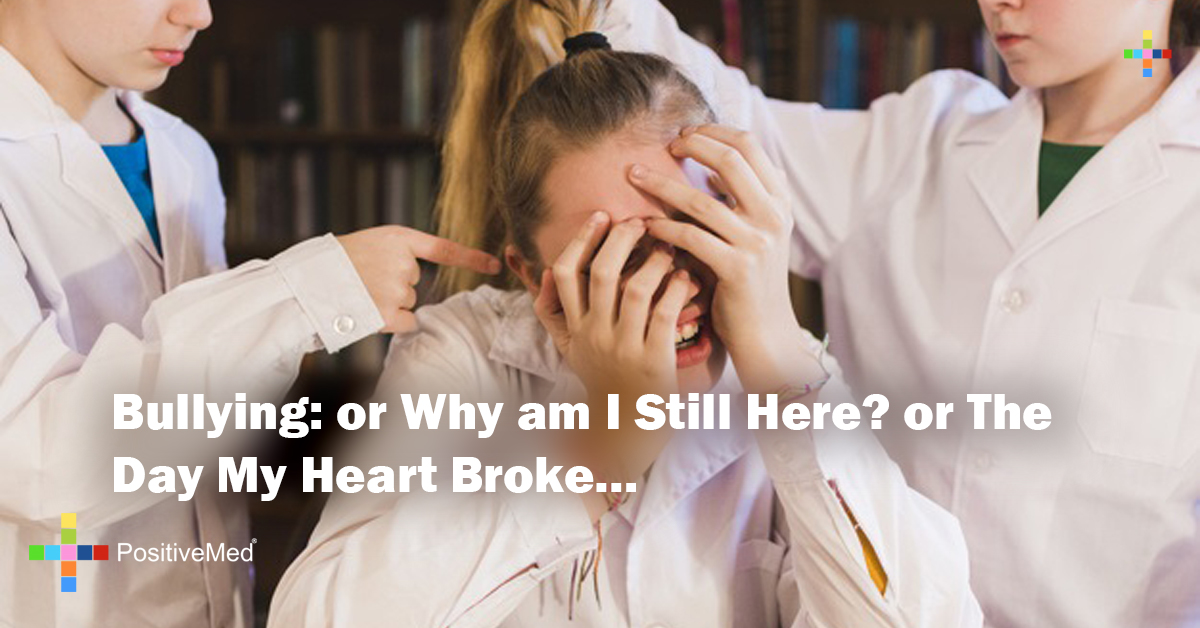 When is enough enough? When do children who bully others, often literally to death, have to legally pay? How many poor lost children’s souls will be snuffed out? How many kids will turn to drugs and alcohol to stop their pain? How long will we, as parents, continue to let this happen? World peace begins at home, an old saying but a true one.

Statistics show nearly 30% of teens are either the bully or the victim. Bullying victims are 2 to 9 times more likely to commit suicide than non-bullied teens. 160,000 teens stay home from school every day because of fear of bullying. A study in Britain found that at least half of suicides are related to bullying. How many times does one child have to move or switch schools to escape the constant torment from the same group of people.

Who is at fault? Who can we blame? Me for one, you for another, obviously these children who are doing the bullying are not being held accountable. The ones who are victims are not being made to feel loved and safe. What an awful feeling to feel like you are all alone in the world, without a single friend.

If you personally torment someone so much that they take their own life is it murder? I believe it is at the least gross disregard for human life. As for the children that do the bullying, what will become of them? It’s not a way to survive in the adult world, how will they learn self-respect? How will they ever learn self-love? No one who has love in their heart can be a bully, they must be filled with anger and hatred, for themselves more than anyone. If the victims hate life, and the perpetrators who commit these crimes hate life, who wins? Do we really want to raise a generation of people so filled with hate? Remember, these are the same people who will make laws and work in long term care when we get old.

We, as parents, have to stop crime now. Cyber bullying is a crime, in the eyes of the law, in the eyes of the world, it’s a crime. All perpetrators of bullying need to be punished immediately to the full extent of the law. If that doesn’t help get stronger laws. If you see it, stop it. If you can give a child an ear, do it. If you have one single chance to hug a child so that they know they are loved in this world, please do it. Before it’s too late.