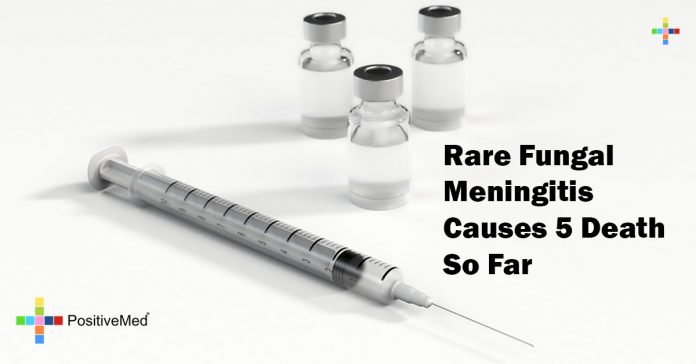 An injected steroid medication has been linked to the deaths of 5 people, and 23 states could have the medication in their supply rooms, according to the CDC. So far 35 people in five states are sick from the tainted supply.  Tennessee was the first state to report the illness and 3 of the confirmed deaths have been there, with others in Virginia and Maryland.

According to Dr. William Schaffner over 700 people in Tennessee have been exposed. The virus is rare and life threatening, but does not pass from person to person. Steroid injections are usually given for chronic pain in the back, hips, feet, and knees. All reported cases have mentioned spinal injections.  New England Compounding Center, or NECC, in Framingham, Massachusetts voluntarily recalled the medication upon being found the be the source. The fungal medication was found in a sealed vial in the plant. They have suspended operations at this point.

The Massachusetts Health Department states there are almost 18,000 vials of medication in each of the three lots produced July through September with a shelf life of 180 days.  There is a fairly long incubation period of about 30 days, so more cases will be showing up in upcoming weeks according to health officials. As of this writing there are 25 cases in Tennessee, one in North Carolina, two in Florida, four in Virginia, two in Maryland, and one in Indiana .

The company has voluntarily surrendered their license to mix medications, and the Massachusetts Director of Public Safety advises all healthcare facilities to cease use of any products made by NECC at this time.

The Saint Thomas Outpatient Neurosurgery Center in Nashville, Tennessee, where 18 of the victims were treated, closed on September 20 and will remain closed until further notice. The clinic received the largest shipment of the steroid.