PositiveMed The Positive Side of Medicine
Home health Blood Clots Blood Clot Symptoms: How to Tell if You Have One 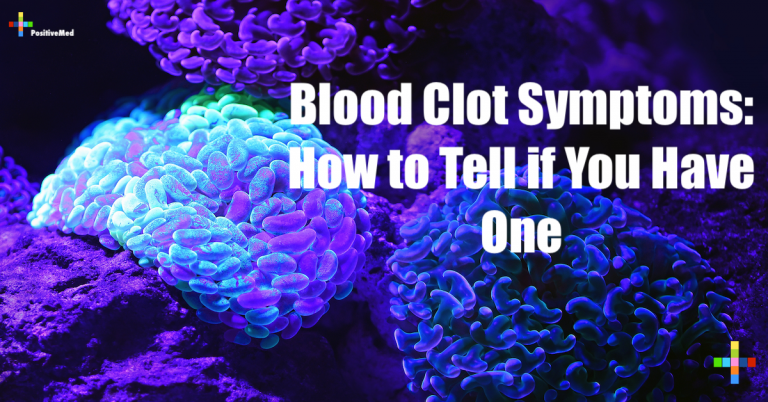 When they are found in the right place, blood clots are life savers. Hemophilia, a disorder where the blood doesn’t clot properly, has shortened the lives of many of its victims. Sometimes a clot is found in the wrong place. How can a person tell if they have one? Here are some blood clot symptoms:

Sometime clots form in the deep veins of the legs or the thighs. If symptoms occur, the person experiences:
• Swelling, tenderness or pain. This is especially felt in the calf.
• A leg that is warm or red.
• Pain or soreness when the person walks. It does not go away when they rest.
• Pain when the person raises their leg and flexes their foot.

Blood clots can also occur in the arteries of the arms or legs. When this happens, the symptoms are:

Sometimes, the clot breaks off. It travels up the vein, through the heart and lodges in an artery in the lungs. There it becomes a pulmonary embolism. When the blood clot reaches the lung, it lowers the amount of oxygen that can be delivered to the rest of the body. The blood clot symptoms here are:

Sometimes, a pulmonary embolism is preceded by the symptoms described above.

A stroke can be caused by a clot in the brain. The symptoms depend on what part of the brain is affected, but they can include:

• Inability to control a part of the body
• Inability to talk
• Loss of consciousness
• An arm or leg that suddenly and inexplicably feels heavy and numb and can’t be controlled
• Visual changes
• Confusion
• Dizziness
• Incontinence
• Mental confusion
• Weakness. Sometimes the weakness is on one side of the body.

A condition called a transient ischemic attack has the same symptoms as a stroke, but they clear up within an hour. The patient suffers no lasting ill effects, but it still must be considered a medical emergency.

Strokes can also be silent, even though there is still a blood clot in the brain. Because they do not have symptoms, these strokes are sometimes found when the person has an imaging test for another reason. If symptoms do appear, the person may be apathetic and depressed. Over time their ability to think and concentrate can be affected. These types of strokes are more common than those that cause dramatic symptoms.

A blood clot that forms where it is not supposed to be can be dangerous. It is important to know the warning signs, and seek medical help if they occur.