What’s a Heart-Shaped Uterus—and Do You Have One? 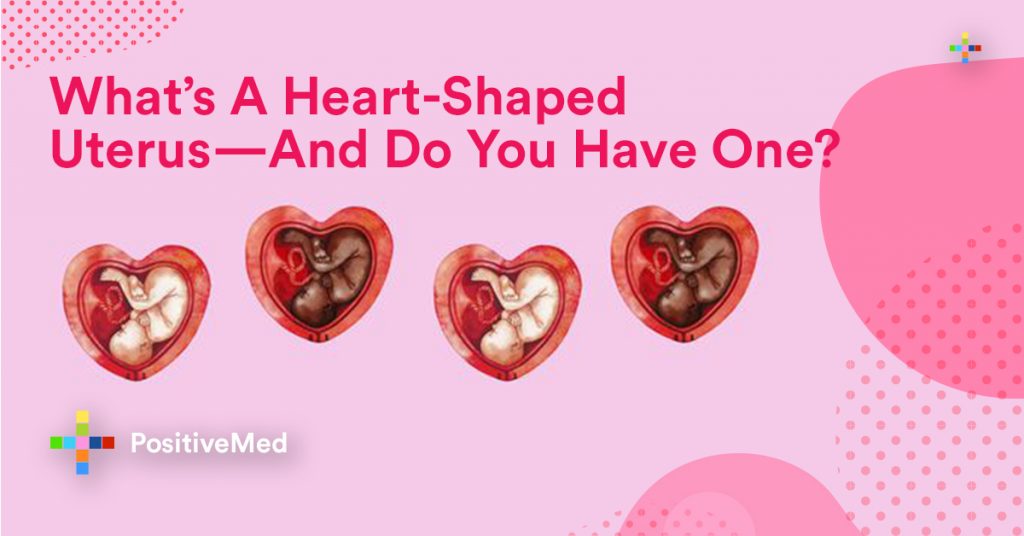 A heart-shaped uterus might sound adorable, but it can actually cause some health problems. If you have this condition, which is also called bicornuate uterus, you might need more medical attention during pregnancy. In this article, I will provide some interesting information about bicornuate uteruses. Keep reading to find out if you might have one.

What Is a Bicornuate Uterus?

If you’re just the same as anyone out there, you might not even know what a normal uterus looks like. It turns out that this important organ is normally pear-shaped. A healthy uterus has a gently rounded shape that is larger at the top and hollow inside. Women who have a heart-shaped uterus have a uterus shaped like a heart. Instead of being a smooth, rounded dome at the top, the uterus is dented right down the middle.

This is a fairly rare condition that only affects about 7 out of 1,000 women. It is congenital, which means that if you have it you were born with it. A bicornuate uterus happens because if the fallopian tubes at the top of the uterus do not fuse together correctly.

How Can You Tell if Your Uterus Is Heart-Shaped?

Some women can spend a lifetime without knowing they have this. For many women, it is a condition that presents no symptoms at all. You menstruate on time and get a normal heavy period. There is a slightly higher risk of getting endometriosis with a uterine abnormality. This is basically menstrual tissue that backs up into the fallopian tubes instead of exiting the uterus.

Because symptoms are not immediately noticeable for so many, it will take a doctor’s input to diagnose the condition. After repeated difficulties getting pregnant, the doctor may decide to do some tests. Imaging tests like ultrasounds may show the abnormal shape. If the ultrasound is not clear, you might need a magnetic resonance imaging (MRI) test to see if you have the condition.

Can You Get Pregnant With a Bicornuate Uterus?

If you are interested in bearing a child, having a heart-shaped uterus can cause some issues. However, I was happy to find that a bicornuate uterus does not affect your overall fertility. You can still get pregnant at the same rate as other women. The main concern just issues during pregnancy. Doctors will classify this type of pregnancy as high risk, and women will need extra help.

There is a four times higher risk of a baby having a birth defect. This is part of the reason why miscarriages are more likely for women with a bicornuate uterus. If the fetus is not viable, it may be miscarried. Even healthy fetuses have a higher risk of miscarriage. To lower this risk, doctors may suggest that mothers go on bed rest or get frequent checkups.

Later on in the pregnancy, there is a risk for a difficult birth. A bicornuate uterus can cause an early delivery that requires the baby to get extra care. It can also make the babysit with their feet facing downward. This is called a breech position, and it can require a Cesarean delivery.

PrevPreviousWarm or Cold Water? Make Your Choice and See What Happens to Your Body
NextThe Difference Between Lactose Intolerance and Crohn’s DiseaseNext