PositiveMed The Positive Side of Medicine
Home psychology Body Image At What Age Do Girls Stop Growing? 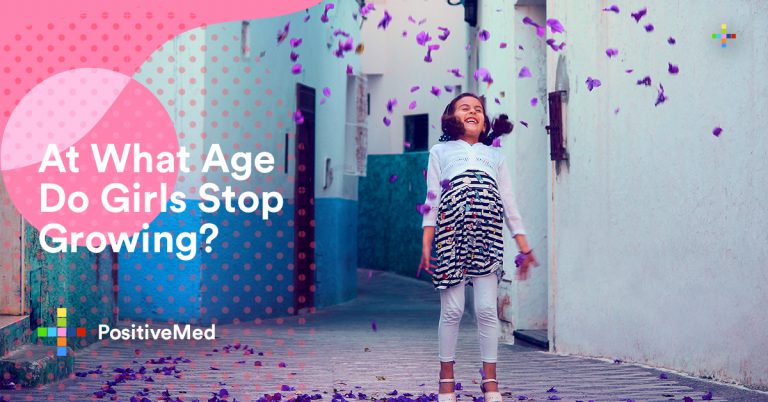 Between ages 10 and 14, girls tend to have their final growth spurt. But at what age do girls stop growing? Most girls reach their adult height by the time they reach 15 years old although this may vary based on various factors. The final growth spurt describes that period of a girl’s life whereby she enters the phase of physical and sexual development called puberty.

Girls start puberty at a different time and genetics largely defines the growth patterns. Therefore, the age at which girls stop growing differ from one girl to another.

When Does Puberty Start and End in Girls?

Girls usually experience a growth spurt that takes them to their adult height in their teens, as they undergo puberty.

The transition from childhood to adulthood is known as puberty. One goes through a series of changes as the body start to increase the production of certain hormones.

In most girls, puberty tends to begin when they are between the ages of 10 and 14. The average age for girls to start puberty is 11, although it is different for everyone.

To some, it may start earlier or later, which is completely normal. It usually lasts until they are around 16.

At What Age Do Girls Stop Growing in Height?

The rate at which girls grow during puberty tends to reach its peak about 2 years after the transition period starts. When the girls start to menstruate, they usually grow another 3 or 4 inches.

However, again, this differs. Those girls who start the period at an earlier age often see more inches of growth after the start of their period.

There are other factors that may have an impact on the age at which girls stop growing such as hormonal balances, nutrition, chronic illnesses, medications, and genetic conditions.

When Do Girls’ Breasts Stop Growing?

The first sign of puberty is usually the breast development. As the body of a girl starts to grow, she starts to develop bumps under the nipple known as breast buds. As the buds grow, they form breasts made up of mammary glands and fatty tissues.

There are certain aspects of the breast size that are hereditary. It runs in a family. Breasts will differ in size depending on a woman’s weight. After puberty, the breast tissue continues to change and respond to hormones throughout a woman’s life, including during pregnancy, breastfeeding, menstrual cycle, and menopause. A girl’s breasts may start to develop from as young as 8 and may continue until they are around 18.

Teenagers may feel self-conscious about this aspect of growing up. However, it is normal to have the following:

Tender and sore breasts sometimes, especially around the period
One breast bigger than the other
Pimples, hair, or bumps around the nipples

Can Anything Delay or Prevent Puberty?

A well-balanced diet, which provides all the nutrients they require and keep them physically active to support their continued growth and right development.

Puberty and the subsequent growth can be delayed for various reasons. The constitutional delay is a pattern of later development that can be found in a family and should not be a cause for worry. These teenagers fully develop later than their peers.

Every girl requires a certain amount of fat in their body before they start going through puberty. Therefore, the teenage girls who do a lot of exercises can start the process later.

Children with long-term diseases, such as asthma, cystic fibrosis, or asthma may have a delayed puberty. It may be less likely when the condition is well-controlled with limited complications.

Problems with thyroid glands or pituitary glands, which produce the hormones the body requires to grow and develop, may also delay puberty. Similarly, problems associated with some genetic conditions may interfere with the whole process.

If one is overweight, it affects the levels of hormone and this signals the beginning of puberty earlier than expected.

Nutrition is very important, and a girl who is malnourished may develop later than their peers. Malnutrition that is so severe as a child can lead to delays in growth which may have on-going effects when not corrected.
The WHO describes impaired growth in children based on the expected weight for height, weight for age and height for age. The children who suffer from repeated infection, poor nutrition, and insufficient psycho-social stimulation are more likely to experience impaired growth.

The age at which girls stop growing can be influenced by some factors like diet, nutrition, and hormonal changes. Growth patterns and puberty are not the same for everyone. If there are concerns by the parents, they should see a healthcare professional for further tests.