PositiveMed The Positive Side of Medicine
Home health Cannabis Can Vaping Cause Lung Problems? 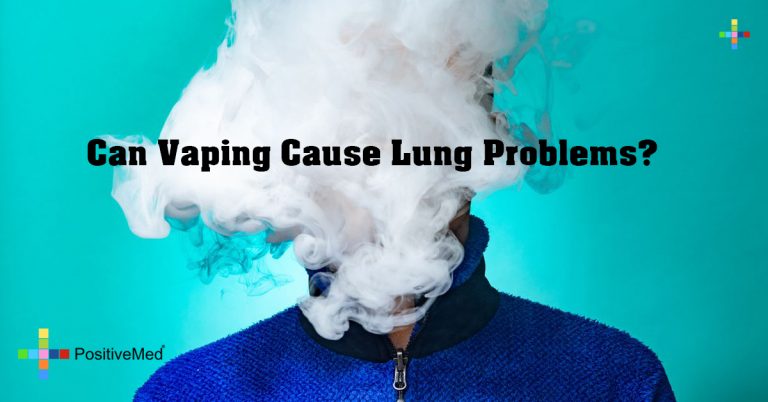 Can Vaping Cause Lung Problems?

Patients with lung problems like chronic obstructive pulmonary disorder (COPD) consider vaping as an alternative option to the traditional cigarettes. This is mainly because it appears to be less harmful. Unfortunately, there is very little evidence to suggest that vaping can be considered safer for people with COPD.

The main cause of COPD is exposure to cigarette smoke. It is approximated that about 30 million people in the United States have COPD.

This article will talk more about the effects of vaping and how one can quit smoking without resorting to e-cigarettes.

The effects of e-cigarettes are unclear because they are relatively new. Although they don’t involve tobacco inhalation, most vaping products are loaded with nicotine which is highly addictive. Other substances found in vaping products include:

From 2018 onward all vaping products containing nicotine and tobacco should have warnings, according to the U.S. Food and Drug Administration (FDA).
In reference to the Centers for Disease Control and Prevention (CDC), vaping is less harmful than smoking cigarettes. However, the CDC warns against the use of e-cigarettes especially among the young people, pregnant mothers, and adults who don’t use tobacco.

Reports in a small study published in 2016 indicate that vaping products containing nicotine cause lung tissue damage and inflammation. These effects are linked with the development of COPD. This study that used cultured human and mice lung cells showed a dependency in nicotine during the research.

Referring to a 2017 study which was published in the American Journal of Respiratory and Critical Care Medicine, vaping can cause oxidative stress. The study involved 44 participants including smokers, nonsmokers, and e-cigarette users.

The researchers found protein along the airways of e-cigarette smokers that are linked to COPD. Markers of oxidative stress were found in all the smokers who participated in the study. Oxidative stress is linked with lung disease.

A study published in January 2018 indicated that mice exposed to e-cigarette vapor showed DNA damage in the bladder, heart, and lungs. The damages can increase the development of heart disease, cancer, and lung problems.
The researchers noted that similar effects could replicate in humans.

More studies are necessary to find the health effects of vaping, particularly to COPD and other lung problems.

It is advisable to go by advice from the Lung Institute, which doesn’t recommend vaping for anyone, particularly patients with COPD and other lung issues.

Wheezing and tightness in the chest are among the most notable symptoms of COPD. One may be asymptomatic until there is significant damage to the lungs. Over time, the symptoms can worsen, particularly if someone continues smoking. Other symptoms include:

COPD normally occurs when the elasticity of tubes in lungs is lost. This leaves some air in the lungs after exhaling. Some of the risk factors include:

Long-term exposure to cigarette smoke is the main cause of COPD. The risk increases depending on the number of cigarettes smoked, and the smoking duration.

Asthmatic patients who smoke are at a higher risk of COPD. Long-term exposure to second-hand smoke can make nonsmokers susceptible to COPD.

Exposure to dust or pollutants

Long-term exposure to chemical fumes or dust can make put you at a higher risk of COPD. The pollutants are irritants and can lead to breathing difficulties and inflammation.

The elderly are more susceptible to have COPD than younger people. This is because its symptoms develop over many years.

Nonsmokers can develop COPD if they have some genetic disorders, like alpha-1-antitrypsin deficiency. However, these disorders are uncommon.

Just like toxins and dust, fumes from burning fuel when cooking can contribute to COPD. This is especially if your house is not properly ventilated.

When to seek medical assistance

If you suspect symptoms of COPD, it is important to contact your doctor at once. Your doctor will do a physical examination to check the functions of your lungs.

Tests to diagnose COPD include:

Also called pulmonary function test, detects early symptoms of COPD. You are supposed to inhale forcefully into a special tube that is linked to a spirometer. This gadget examines how your lungs quickly exhale air.

It employs x-ray or CT scan to detect irregularities in the lungs to assess any symptoms of COPD.

Also called arterial blood gas test, it assesses the amount of carbon dioxide and oxygen in the blood. The results can show the COPD severity.

Setting a particular date to quit smoking can be very helpful. Although quitting can be challenging, you should find a plan to drop the habit. The National Institute on Drug Abuse doesn’t advocate vaping as an alternative to smoking.

Here are some tips to help you quit:

Set a date and stick to it.

Smoking cigarette is the main cause of COPD. It is unclear if vaping products can lead to COPD because they are quite new. Some studies have linked vaping to COPD and other lung problems. It is important to contact your doctor if you are concerned smoking or lung problems.