PositiveMed The Positive Side of Medicine
Home health Alzheimer's Disease What Is the Role Of the Hippocampus? 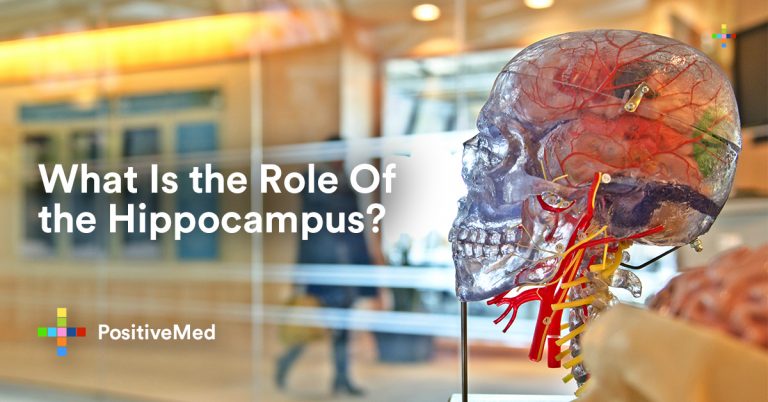 The hippocampus refers to a part of the brain that is located between the inner folds of the temporal lobe. It happens to be one of the most studied sections of the brain. Its name originates from a Greek word hippo, which means horse and kampo, which means monster, since it looks like a seahorse.

Its main purpose involves memory and learning. By studying the hippocampus, researchers have come to learn more about how the brain functions and the role of the hippocampus.

Functions of the Hippocampus

The hippocampus is a section of the limbic system, which is linked with feelings and reactions.

Located at the edge of the cortex, the limbic system comprises the amygdala and the hypothalamus. These structures regulate various functions in the body, including the endocrine system, as well as the “fight or flight” response of the brain.

The hippocampus assists humans to process and retrieve two forms of memory. They include spatial relationships memories and declarative memories.

Spatial relationship memories comprise of routes and pathways. For instance, you use spatial memory while driving in a city to learn a route. Spatial memory is stored on the right side of the hippocampus.
Declarative memories relate to events and facts. Examples include how you memorize the lyrics of a song.

Studies have shown that the nerve cells continue developing in adults. The hippocampus also happens to be one of the few areas where new brain nerve cells are produced.

Diseases Associated With the Hippocampus

If an accident or illness damages one or both parts of the hippocampus, it can cause Alzheimer’s disease, loss of memory, and inability to make long term memories. It can be difficult to recall some things that have just happened prior to hippocampal damage. However, one may be able to remember things that happened long ago. This is mainly because long-term memories are stored in another area in the brain.

There is a particular form of memory loss that occurs and disappears after a while known as transient global amnesia. Once the condition strikes, most people eventually regain their memories. However, scientists have not identified what causes the problem and why it resolves after some time. It is assumed that damage to the hippocampus can trigger the condition. It can be hard to remember how to move from one place to another if damage to the hippocampus occurs.

Damage to the hippocampus has also been linked to post-traumatic stress disorder (PTSD) and schizophrenia.

Illnesses that Affect the Hippocampus

Being a very sensitive part of the brain, the hippocampus can be affected by a number of conditions like long-term or high levels of stress. Some of the diseases that can interfere with the normal function of the hippocampus include:

The hippocampus is among the first areas that can be affected by Alzheimer’s disease. Its early symptoms include loss of short-term memory and difficulties in following directions. As the condition progresses, the hippocampus becomes smaller and its daily functions become compromised.

Studies have shown that about 50% and 70% of epilepsy patients have damage to their hippocampus. Nevertheless, researchers have not yet identified whether epilepsy is the cause or the result emanates from this damage.

The hippocampus of patients with severe depression loses volume. Researchers are not sure whether the reduction in size causes depression or it is a contributing factor. However, it has been proven that stress can negatively affect the hippocampus.

Cushing’s disease has a number of symptoms associated with high cortisol levels. This is a hormone that is secreted when someone is stressed. One of the symptoms includes a reduction in the size of the hippocampus.

Scientists in 2016 published studies about the effects of workouts on cognitive decline and aging.

According to their findings, exercising in old age can strengthen the hippocampus ability to produce new nerve cells. This can in turn improve memory. It is still unclear why this happens. Additionally, some variables affect the results. More studies are therefore necessary for such findings to be confirmed.