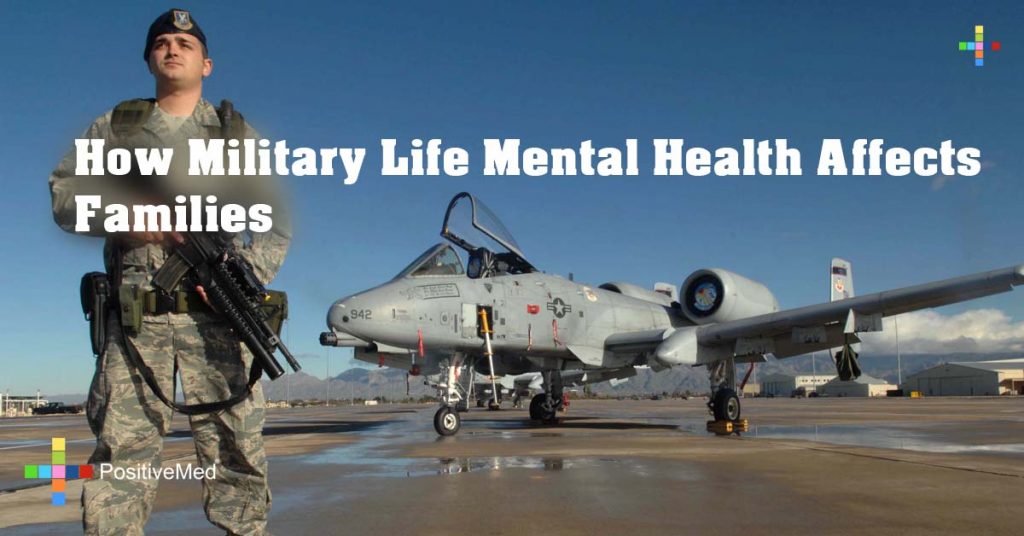 Deployment isn’t just a war zone in the physical world; it can certainly be a war zone in the mind. Veterans protect and serve our country but unfortunately, are faced with a barrage of the stigma surrounding the mental health implications of being away from home and on the battlefield.

A slew of troubling mental health statistics demonstrate just how serious military life mental health issues actually are: the RAND Center for Military Health Policy Research found that 20% of vets who served in Iraq or Afghanistan suffer from major depression or post-traumatic stress disorder. Another 20% of those have experienced a traumatic brain injury. Mental illness is a big deal. It’s important for the families of military members to fully understand the potential drawbacks of serving in the military and what it means for the mind.

The more you learn about mental illnesses, the better prepared you’ll be for your family member’s return home. And you’re not just protecting your loved one; studies have shown that military wives also have an increased chance of mental illnesses. Being aware helps you enforce preventative measures for both you and your family.

Read up on mental illnesses and how to help to return military members. You can also participate in a wide variety of free programs and services on both a national and local level. When you have a support system, you and your family are less likely to fall victim to the troubling effects of deployment. Remember: many other people are in your exact position. Don’t ever feel like you’re alone in the world of mental illnesses and have no one to share your struggles.

Checking For The Signs

According to the American Psychological Association, suicide rates for service members abroad and returning veterans are increasing. What’s worse is that these statistics are no longer as readily available as they once were, putting a blanket over a critical issue that many of our soldiers are facing.

As the family member of a veteran, you should do your best to learn more about the causes and solutions for mental trauma. Many veterans return home feeling like their significant others and family members won’t understand their pain and choose to retreat rather than open up.

One of the ways you can help is to keep an eye out for key signs of mental illness. There are many warning signs if you pay close attention. Some warning signs include:

When you’re in the process of talking to a veteran about receiving help, make sure that they know it’s a joint effort and that both of you will be seeking treatment together. It may even help to point out some of the aforementioned statistics to help them put cold hard facts in perspective: they are not the only ones experiencing these troubling times.

If they seem a little hesitant, don’t fret: this is normal. Most people don’t want to admit that they’re having trouble, especially when they’ve been drilled and trained to deal with those particular emotions. Have them start small by going to a local support group and merely observing the room and listening to stories. You may find that, over time, they’ll contribute on their own.

You should also consider both a private therapist or psychologist and or going directly through Veteran Affairs. As a group, talk about the pros and cons of therapy and what type of therapy works best. Once you speak to a professional, they’ll determine whether medication is necessary for ongoing treatment.

Let Them Know You’re On Their Side

It’s not uncommon for veterans to feel immense shame over needing help, which results in inaction. In 2005, nearly one-quarter of those that do take action to choose to seek help via a private sector, rather than taking advantage of veteran mental health services provided by Veteran Affairs.

This is because they are afraid of being tabbed by the government as being weak and unable to handle their duties. But when they have someone close to them to remind them of the good they’ve done and the goals they’ve accomplished, they’re much more likely to be willing to try different avenues for help. Talk to them about what their ideal living situation is and what they feel would most help them moving forward, and do your best to create an action plan around that. PrevPreviousThe Importance of a Medic Alert System
NextHair Transplants versus Hair Plugs – Which one is the best alternative for you?Next