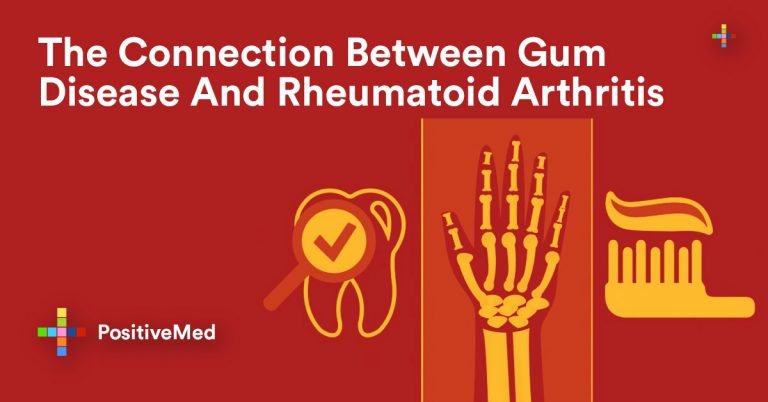 Periodontal disease, more commonly known as gum disease, and rheumatoid arthritis are two chronic diseases that the average person will not find as connected. However, recent research is showing otherwise. Before going into the more medical and scientific explanations about their link, it is just right to know about the two diseases and how they are caused.

Gum disease, simply put, is an inflammation of the gums. It has three stages, namely, gingivitis, periodontitis, and advanced periodontitis. Gingivitis is the earliest stage of gum disease wherein plaque starts to accumulate on your teeth. This is caused by improper and infrequent brushing plus irregular visits to the dentist. Symptoms include having swellings in your gums and if you check its color, it can either be reddish or purplish.

On the other hand, rheumatoid arthritis is a disease wherein the body’s immune system, instead of fighting and keeping away virus and bacteria, attacks joint tissues. This causes inflammation in the joints making it swell and hurt. When this is not treated, the bacteria can start affecting the cartilage that joins bones together at a joint and the bones themselves. This is why people with rheumatoid arthritis sometimes have deformed bones.

Taking these two diseases separately, they seem to not have any connection aside from having inflammation in the body parts affected. However, scientists have seen that there is a positive correlation between the number of remaining teeth a person has to their probability to have arthritis. Moreover, if you look at the symptoms of the two diseases, you will notice that both of them have something to do with the bones and tissues holding teeth or joints together.

The process is the same – bacteria attack the tissues and bones that hold them together. After quite some time, swelling starts causing the person to experience pain. In the case of gum disease, the swelling will not be so obvious since there are cases that they are not felt. In both diseases, bacteria cause severe damage to the joints.

A study that was presented at the European Congress of Rheumatology in 2012 showed that among 636 patients with arthritis, the people who had fewer teeth had a lower reception to the treatment given to cure their early arthritis. Another study in 2008 also showed that people who already had rheumatoid arthritis are most likely to have gum disease.

But more than that, there has been a major development to discovering the link between gum disease and rheumatoid arthritis. Scientists have found out that citrullination is part of the process of the two diseases. Citrullination is when an amino acid in protein changes its molecular structure. In gum disease, one of the bacteria that attacks the gums reinforces citrullination. In rheumatoid arthritis, citrullination causes the immune system to see the joint tissue as a virus. This is why the immune system suddenly releases antibodies that go directly to the joint tissues. These antibodies then sever the joints and as mentioned earlier, if they are not treated right away, they can damage and deform the bones near it.

Another link for both diseases is the body’s response to these bacteria. When inflammation takes place, the body produces TNF-alpha, IL-1, and IL-6 for both periodontal disease and rheumatoid arthritis.

While these similarities strongly show a connection between the two chronic diseases, doctors still cannot say as of today whether one causes the other. In a study published in Germany in 2008, the conclusion states that people who have rheumatoid arthritis have around 8 times the probability to get periodontal disease. However, in a study done in Kentucky in 2013, it showed that the bacteria that starts gum disease actually increases the gravity of rheumatoid arthritis.

Looking at it, there is not enough evidence to say that one causes the other. Nonetheless, based on the results of experimentation and observation, people can more likely draw the conclusion that since gum disease reinforces citrullination, then it could be the cause for rheumatoid arthritis because the immune system only starts to attach joint tissues when citrullination takes place. But if you say that the bacteria that starts gum disease severs rheumatoid arthritis, then you are discounting the possibility that the joints in the teeth can be an effect of the weakening of all joints of the body.

As of today, the connection is not yet definite. The only thing doctors have now for sure is that they have similar components and both are inflammatory disorders. But people should not wait for a conclusion to start preventing the accumulation of both. For gum disease, some causes can be prevented like the accumulation of plaque which is bad for the gums and teeth.

Having proper oral hygiene can help prevent gum disease and other inflammations. Dental care can easily be overlooked because people think that brushing is enough to have healthy gums. That is not the case and if you want to make sure that the chances of having gum disease decreases, then regular visits to the dentist is a must. On the other hand, when someone already has rheumatoid arthritis, he or she should already consult a doctor so that other joints will not get affected. If the elbow joints start to have arthritis, then this can cause a problem with your teeth since it would be difficult to floss and brush properly. Those who have rheumatoid arthritis can also try the periodontal treatment which has shown to be promising to other patients.

Dr. Emily Pow was the previous Secretary and President of the Bendigo Oral Health and Dentistry Society. Now she practices in Australia at MyDental Group. You can visit MyDental Group Brunswick website to know more about her.