PositiveMed The Positive Side of Medicine
Home health addiction Easing the Opioid Epidemic: Science Says Medical Marijuana Could Be the Key 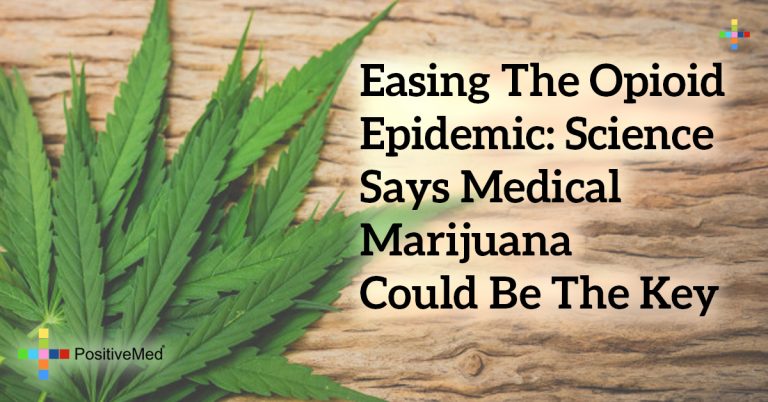 Americans are intimately familiar with the names of prescription painkillers like Phrenilin, Vicodin, OxyContin and Percocet. Familiarity comes from an unfortunate and enduring trend among physicians in this country to head out prescriptions for the most insignificant of pain complaints. This is a problem because these drugs are opioids — compounds that are chemically similar to opium. In many people, exposure to these medications can create addictions, not unlike those seen with opium or heroin.

Opioid addictions are the stuff of celebrity gossip columns; everyone from Michael Jackson to Prince and Justin Bieber was addicted. As a result, people don’t fear this kind of addiction. America, however, consumes 80% of the world’s supply of opioid painkillers. When so many people are given access to a dangerously addictive chemical, a large proportion is bound to get into trouble.

Once a prescription for opioid painkillers creates an addiction, the person who is addicted can feel an irresistible need to consume handfuls of these pills. Since these drugs are now easily available illegally at online pharmacies, abuses have reached epidemic proportions. Opioid abuse kills nearly 100 people in America every single day, a number that exceeds the death toll reported for hard-core drugs like heroin, crack, and cocaine.

The government does take steps to battle this challenge, but they tend to be inadequate. Doctors still freely prescribe opioid painkillers, and online pharmacies are still open. The war on drugs has failed, as well. Drug abuse has only risen over the years.

The argument for legalizing medical marijuana

Opioid painkillers aren’t safe, not even when doctors decide to check their prescription practices. Doing so can only lower rates of incidence of addiction and deny access to necessary painkilling treatments to many people who need it. Even among those who do receive well-reviewed prescriptions, the risk of addiction is high. A safe alternative, however, has been widely available since times immemorial: it is marijuana.

Medical marijuana has been proven to help with a wide variety of diseases. It has been legalized in a number of states, as well. As some experts have pointed out, it can make sense for doctors in states where medical marijuana is legal, to consider replacing opioid painkillers completely with prescriptions for marijuana.

Studies show that it’s a policy that makes sense

A study by the University of California in San Diego has shown that in hospitals in states that have legalized marijuana, emergency room admissions for opioid painkiller overdoses have fallen 13%. Admissions for addictions have fallen 23%. These numbers suggest that with access to a substance such as marijuana that presents low to nonexistent risk of addiction, people who suffer from pain no longer need to try prescription painkillers. It is a viable alternative to prescription painkillers and a way to escape the trap of addiction.

In general, availability of studies on the benefits of marijuana are limited. State governments and universities tend to be doubtful about funding or allowing studies on the various ways in which marijuana can be applied to positive use. While the trend under the Obama administration was to pull back from the war on drugs and to bring the country closer to an open-minded evaluation of legalization, the country under Trump appears to be moving towards resuming a hard line on marijuana. In one statement made by Attorney General Jeff Sessions to law enforcement agents in the state of Virginia, the move towards legalizing marijuana was likened to swapping one method of ruination with another.

If the idea of using a doctor-prescribed opioid painkiller worries you for its addiction potential, and if you live in a state where medical marijuana is legal, you might approach a physician for a marijuana prescription. They may well give you a way out of using risk-prone opioids.

If you’re completely unfamiliar with the way marijuana can help, a visit to a well-respected resource such as Vaporizerblog can help. There are dozens of varieties of marijuana for different kinds of effect against pain, and it can help to read up before you actually use something.

If you aren’t happy with the way prescription opioids work, it’s time to begin exploring your options. It’s for a reason that more than half the country has legally moved towards medical marijuana.

Patrick Newton has been working with drug addicts for many years to help them overcome dependency. His informative articles appear on addiction sites as well as broader health blogs.