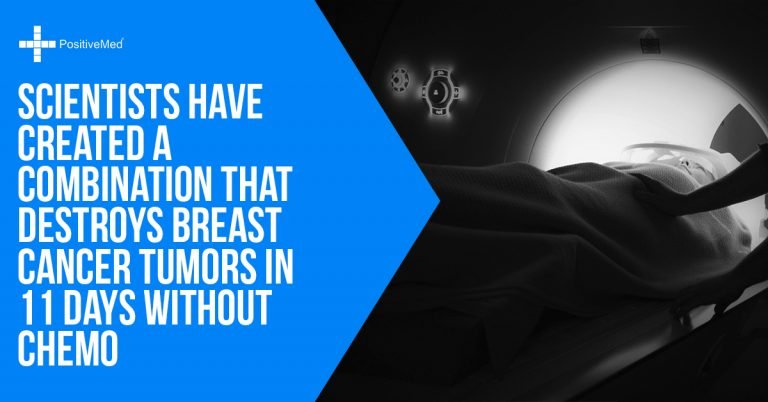 As unlikely as it may seem, researchers in Amsterdam recently destroyed breast cancer tumors within 11 days and without using chemo. Professor Nigel Bundred presented a study that supports this theory at Amsterdam’s European Breast Cancer Conference. The research shows that a combination of two drugs, Lapatinib and Herceptin, is effective in the treatment of cancer.

Along with chemotherapy and surgery, these two drugs have also been used on a regular basis to treat breast cancer. This was, however, the first time that these two drugs were being used together in a drug combination. According to the study’s results, the drug duo was able to cure cancer alongside conventional cancer treatment techniques. The study shows that apart from breast cancer, this combination is also capable of curing other types of cancer in just 11 days.

This study was funded by one of the research and awareness charity organizations based in the United Kingdom. Cancer Research UK aims to use this drug combination to combat a protein known as Human Epidermal Growth Factor Receptor 2 (HER2). This protein is known to affect both the overall growth and division of cancerous cells.

RELATED ARTICLE: He Ran Away from Home 20 Years Ago to Avoid Chemo and He’s Still Cancer Free

Results from the Study

The number of participants in the study was 257, all of them women with positive HER2 breast cancer. Researchers put half of these women under the drug combination treatment while the remaining half acted as a control group. After a while, researchers found no trace of cancer cells in the bodies of 11 percent of the women under this drug combination. Aside from that, 17 percent of the cases showed significantly shrunken tumors.

On the other hand, the remaining group was given only one of the drugs, Herceptin. The results of this control group showed that every participant had traces of cancer cells in their bodies. In addition, only three percent of the cases showed shrunken tumors. These findings made it clear that these two drugs work far much better combined than when they are separate.

As of today, the only problem that needs resolving is the fact that using Herceptin without undergoing chemotherapy is not possible. Herceptin is only licensed for use after a patient undergoes chemotherapy. While there still is a lot of research to be done, it is a firm belief that the results shown by this study will lead to significant changes.

Possible Side Effects of Herceptin

Although a few are common, most people do not experience life-threatening side effects with HERCEPTIN therapy. If any adverse side effect occurs, your doctor will immediately stop treatment. Regardless, Herceptin isn’t for everyone, and you must contact your doctor if you happen to experience any of the following:

Most patients experience the signs listed above 24 hours after receiving Herceptin. It is also notable that apart from causing congenital disabilities, Herceptin can also lead to the death of an unborn baby. As such, it is important to contact your doctor if you are pregnant or planning to conceive. While receiving Herceptin, the use of birth control is recommended only after the last dose. If exposed to Herceptin within seven months of becoming pregnant or during pregnancy, enrolment in the Mother Pregnancy Registry is encouraged.

The discovery of this mode of treatment is, without a doubt, one of the most significant steps in the fight against cancer. With the occurrence of similar medical advancements every year, finding a definite cure for cancer won’t take us long.