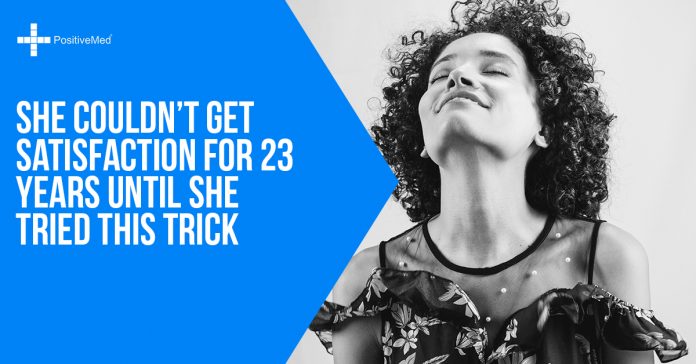 Although she is now 45 years old, Mary hadn’t climaxed until three years ago, and it was not for lack of trying. She was 19 when she got down for the very first time, which was also the first time for the guy. Afterward, Mary felt disappointed and couldn’t help wondering whether that was it. Unfortunately, things did not get any better in her twenties and thirties.

RELATED ARTICLE:  Ups…These 5 Exercises Can Cause the Big “O”

Although Mary fooled around with two other guys and went all the way with another, it still did nothing for her. She came away from getting down with the third man having decided to save herself for her husband. As unlikely as it might seem, she stuck to that decision and only got down with her hubby after they were married. By then Mary was 36 years old.

As is common practice, Mary, and her husband-to-be underwent premarital counseling. Surprisingly, one of the guidelines she set for their relationship was that they would get down three times a week. This decision was despite the fact that she did not expect to get satisfaction. Having dated and fooled around for two and a-half years, Mary knew that she enjoyed physical affections such as touching and hugging.

Although Mary read romance novels and heard talk of how great getting some was, it was just another chore for her. Even though her husband asked her to say what she liked and when it felt good, it just wasn’t enough to make her come. Regardless, Mary kept thinking there had to be something more to the whole business of getting down. She knew there had to be an explanation out there.

READ ALSO: How She Learned to Love Nearness Without Shame After a Bad First Experience

To Mary’s surprise, her gynecologist suggested rubbing one out after she asked him what to do. Around the same time, Mary saw an ad for The Medical Center for Female $exuality in a business journal. Since it was about the very situation she was in, this ad really spoke to her. She, therefore, began seeing a doctor at the Center. This was back in January 2011 when Mary was 41, right after she had finished nursing their second child.

After a lot of blood work, the doctor told Mary that she had a significantly low testosterone level. The doctor added that she would need more to get her body more interested in getting down. After she was advised to watch adult rated videos, Mary got an iPad and encoded it so that nobody else could use it. She also started hormone treatments. Through the entire process, her husband remained patient, loving, and supportive.

With some new visual stimulation and the medical aspect covered, she stuck with treatment for a whole year. Unfortunately, their moments became more planned and less spontaneous due to the little kids in the house. As such, she still never crossed the finish line. Although her husband often reminded her whenever they went about six days without getting down, sometimes they went for weeks. Their approach changed during that second year of treatment when Mary was injected with time-release capsules featuring a significantly stronger testosterone dose. She also bought several vibrators and started practicing with them.

After these alterations, Mary, and her husband spent around 45 minutes fooling around and getting down, their longest session ever. All she remembers is, knowing exactly what she’d been missing. It was extremely pleasurable, stronger than she’d expected, and felt like an electric current surging through her body.