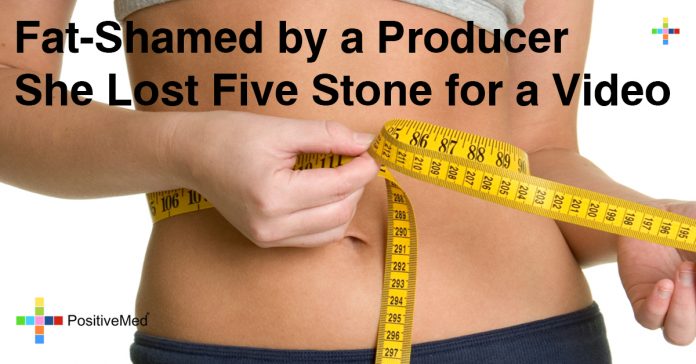 As evidenced by 22-year-old Poppy Hughes, sometimes motivation is all you need to lose weight successfully. A music producer once told Poppy, a professional singer from Liverpool, that she was way too fat for a music video.

Instead of lowering her self-esteem, the ordeal provided her with enough motivation to lose about five stone. At her heaviest, Poppy tipped the scales at 14 stone 8 lbs. She has, however, shifted three dress sizes and lost five stone since then. The professional singer also working as a pediatric nurse remembers that as a child she always ate whatever she desired. Unfortunately, her carefree approach when it came to controlling what she took came back to haunt her once she hit her teens. 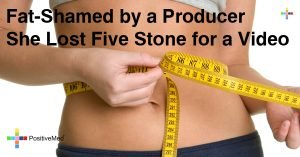 For Poppy, finishing off several packets of biscuits in just one sitting was standard practice. It was not long before her body lost the ability to keep the weight off. Poppy often thought that since she had already ruined her diet, she could just as well carry on and eat the rest. She usually developed that mindset immediately after eating a biscuit or sweet. As a result, she would consume absolute rubbish for the remainder of the day. Poppy presently describes what she was back then as a diet-starts-on-Monday type of girl.

The description means that if she happened to treat herself on a Friday, she usually kept eating junk until Sunday night. Poppy does not believe that her excessive weight held her back in life. However, one particular incident remains permanently etched into her memory.

She clearly remembers being asked by a producer to record a song. To her surprise, the producer informed her that she needed to lose weight if the song was to have a video. The producer’s words struck a nerve, especially since Poppy was obviously not happy with her physical appearance. As a matter of fact, she would cry on her mom’s shoulder and in the mirror almost every day. The number of people telling her she needed to lose weight did not matter, at least not until it clicked with her.

RELATED ARTICLE: SHE TELLS HOW SHE LOST 225 POUNDS AT AGE 63

Poppy had always allowed herself to consume whatever she desired. As a result, she admittedly struggled with portion sizes in addition to the fact that she had a weakness for bread. For Poppy, going through two slices of bread for breakfast as well as a sandwich, chocolate, and crisps for lunch was common. For her, heading down to her favorite fish and chip shop for dinner thereafter was also not uncommon. In addition to the hearty portions she consumed at mealtimes, Poppy also happily snacked in-between meals.

Poppy was a size 16 and weighed in at 14 stone 8 lbs. before the summer of 2015. She then tentatively joined a local gym after it hit her that enough was enough. After successfully convincing her best friend to join her at the gym soon after she began attending, Poppy enjoyed an easier time. Both realized that motivating each other and working out as a pair was much easier than exercising solo. Poppy says that she has a lot to thank her friend for. Instead of simply going out or staying in, they spent most of their time together at the gym.

Today, Poppy’s diet is much healthier than before. She eliminated the unhealthy sugary foods in favor of fruits, organic yogurt, and rice cakes. However, she still allows herself one cheat day every week, which is when she eats whatever she wants. Apart from being a size 10, Poppy presently weighs nine stone 8 lbs. Since February, she has shed a total of five stones.

Poppy’s previous diet included:
• Two or three slices of bread for breakfast
• Snacks of crisps, biscuits, and more toast
• Diet Coke, a sandwich, a chocolate bar, and crisps for lunch
• Chinese or a microwave ready meal for dinner seeing as she always ate out.
• Soft drinks including Pepsi Max and Mochas with cream

What Poppy eats today:
• A bowl of bran flakes for breakfast
• Rice, chicken, and vegetables or gluten-free pitta bread with cottage cheese or low-fat hummus for lunch
• Chicken, rice and a lot of vegetables for dinner
• An occasional protein bar
• Exclusively water and coffee for drinks

Conclusion
As you can see from Poppy’s experience, sometimes a negative ordeal brings about positivity. Regardless of your size and weight, losing weight is entirely possible, especially if you take the initiative, as Poppy did. Although dieting combined with exercising is effective when it comes to losing weight, it all depends on the individual.
[/nextpage]