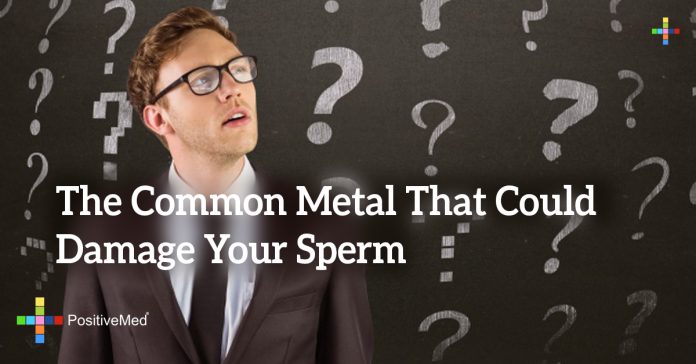 The Common Metal That Could Damage Your Sperm

It’s found in many common products and is the most common metal on the planet. It also might be damaging your sperm. The metal in question is aluminum, and according to a study published in the journal Reproductive Toxicology, researchers found that men with higher levels of aluminum in their semen had a lower sperm count. Is aluminum bad for you? Does it really lower your sperm count? Keep reading to learn more.

Aluminum is the most common metal found on Earth. However, it’s really only in the last century that human contact with the element has become commonplace. The metal is found in a wide-range of products including cookware, packaging, antiperspirants and even in some foods and medications. This means you are exposed to it many times throughout the day.

According to the Agency for Toxic Substances and Disease Registry, aluminum exposure is normally not considered harmful. However, industrial workers exposed to large amounts of aluminum dust are at risk for lung problems. Does this mean that you should start avoiding aluminum? Probably not. While some studies link aluminum exposure to certain diseases such as Alzheimer’s, most studies are conflicting, and health authorities generally agree it is safe.

The findings of researchers indicated an association between elevated levels of aluminum in semen and a lower sperm count. However, according to Reproductive Toxicology, the study only involved 62 participants. More studies are necessary to confirm the results, but the scientists do have a theory. They think aluminum may interfere with the formation of new sperm cells in a process called spermatogenesis.

How to Avoid Aluminum

If you are still concerned about aluminum exposure, there are steps you can take in your daily life to avoid it. The most likely culprit for elevated levels of aluminum in the body are from the foods you eat. Manufacturers add aluminum to many processed foods during production. Avoiding processed foods and opting for fresh fruits, vegetables and meats is an easy way to reduce your exposure to aluminum.