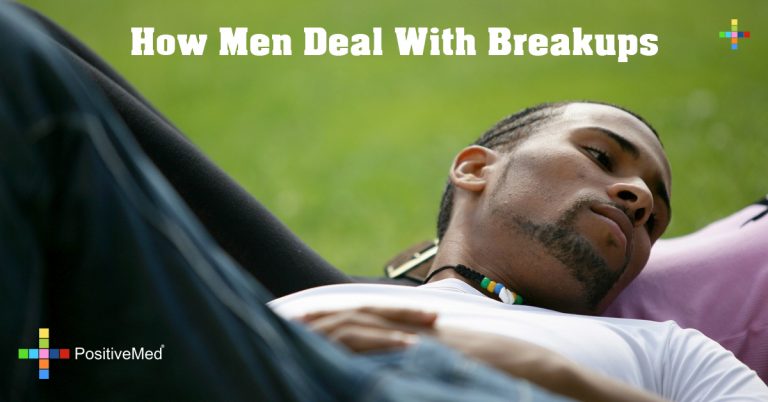 How Men Deal With Breakups

Women are known to be the fairer $ex but guys can be soft and sensitive too. In fact, a significant number of guys take breakups hard, even harder than women. If you want to understand guys and how to date them, you need to consider how they deal with breakups. Depending on the nature of the breakup and the guy’s personality, he may hibernate, quickly date another, adopt a new intense hobby, etc.

On to the Next One

As every girl knows, breakups are hard and can be devastating to one’s ego. Imagine what it’s like for a guy whose gender is known to be competitive with an ever-present need to ‘save face.’ Even though a guy is taking a breakup hard, he may quickly scramble to find another girlfriend. It’s often thought that rebound relationships hardly work in the end, but guys who quickly look to find another are mostly attempting to nurse their ego rather than find their next big romance. If your former guy is suddenly in another relationship, don’t take it too personally. It may be that he needs another girl to make him feel worthy of companionship and to validate his feelings of self worth.

Some guys retreat when their heart is broken and adopt a hermit-like lifestyle. They stop going out, looking for dates, and engaging in most social activities. While it’s not altogether healthy to ‘run away’ from one’s problems, it may be that some guys need time to internalize what happened, and a lack of stimuli serves them well in the long term. It’s more common for a guy to hide away if he was the dumpee rather than the dumper. A major breakup interrupts one’s identity, and if the guy was in a long relationship or invested a lot of mental energy into the relationship, it may take some time to ‘reinvent’ himself and reconfigure his place in society.

Some guys get depressed after a breakup while others get angry or spiteful. Another group of guys deal with breakups by finding novel hobbies to help channel the energy. A guy fresh from a breakup may find a new interest in riding motorcycles, surfing, martial arts, etc. One’s investment in the new hobby may depend on how much they hurt inside or deny their true feelings.

For example, it’s common for some people to bury themselves in their work after a divorce. However, the monotony of one’s job may stymie their ability to forget a former lover or move on from a breakup. However, a new hobby and novel set of experiences presents a person with fresh perspectives and memories.

A Penchant for Substance Abuse

Of course, a substantial amount of hurt and feelings of loss are directly associated to a breakup. These are feelings that one would rather avoid or stop, so it’s not unusual that some people turn to drugs and alcohol after a breakup. Many addicts admit that it’s a dissatisfaction with sober life rather than the highs related to drugs and alcohol that get them hooked. Escaping the experience of feeling low is much more tempting than being high on its own. It’s the reason that many counselors and rehabilitation centers prefer to keep contact with addicts long after they get sober. In most cases, it’s not the drug itself that needs address; it’s the reason that people were inspired to turn to drugs and alcohol in the first place that needs the greatest attention.

READ ALSO:  Attention Men! Here Is Why Some Women Leave The Men They Love

The Rise of an Idol

In some cases, a guy who is dumped will begin to idolize his former girlfriend as if she is the only person in eternity that can make him happy. It could be guilt of not treating someone well or fear of not having an immediate companion that fuels the idolization. For some, it’s inspired by the epiphany of realizing what they had is now gone. Some guys will suddenly believe that their former girlfriend was a gift from the heavens once they can’t have her any longer.

It could be a veritable wakeup call for some guys, but most often, it is a reflex of the ego and a phenomenon of wanting the unattainable. If you broke it off with your boyfriend and he now ‘realizes’ how wonderful you are, don’t be so quick to take him back. Be sure that both of you separate the reality of the relationship from the intensity and immediate feelings of the breakup.

About the author: Jessica Humphreys is a relationship therapist who writes articles for lifestyle blogs on topics of the heart, whether you’re seeking Mr or Mrs Right, contemplating a divorce or need to re-light the missing spark.

This blog is a collaborative blog written by a group of individuals. This blog accepts forms of cash advertising, sponsorship, paid insertions or other forms of compensation. The compensation received may influence the advertising content, topics or posts made in this blog. That content, advertising space or post may not always be identified as paid or sponsored content. The owner(s) of this blog is compensated to provide opinion on products, services, websites and various other topics. Even though the owner(s) of this blog receives compensation for our posts or advertisements, we always give our honest opinions, findings, beliefs, or experiences on those topics or products. The views and opinions expressed on this blog are purely the bloggers’ own. Any product claim, statistic, quote or other representation about a product or service should be verified with the manufacturer, provider or party in question. This blog does contain content which might present a conflict of interest. This content will always be identified.