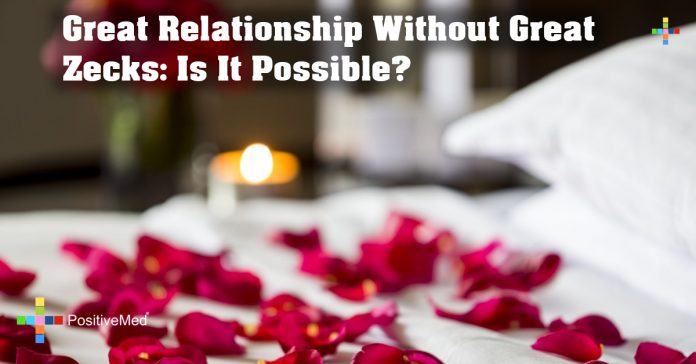 Great Relationship Without Great Zecks: Is It Possible?

We live in a time when questions and reactions like that are commonplace. People hardly use the terms husband and wife when they refer to physical relations anymore, and half of society views a lack of zecks in a single male or female’s life as an absolutely weirditdude. Fortunately, some unmarried couples still wait to have “fun” until they walk down the isle. Some people still have long courtships and lengthy engagements that don’t allow any risque business. If you’re wondering if you and your mate can still have a great relationship without great zecks, the answer is both yes and no. Here’s why:

Yes, Because True Love Is Deep.

We don’t quite know what true love is outside of biblical or psychological explanation, but we do know that it goes beyond the realm of the physical touch. When two people truly love each other, they can spend hours talking to each other and feel relaxed. They can engage in an athletic activity, watch a movie or do something as simple as taking a ride in a car and still be super-content.

The physical touch of !nt!macy is an extension of one’s love for another person, but it isn’t the essence of that love. You can have an amazing zecksless relationship. You can have a superb relationship with poor zecks, as well–if you truly love each other. A study by AshleyMadison.com concluded that 22 percent of women were not having zecks with their spouses, and the marriages are still intact.

Yes, Because Romance Is Still Romance.

Let’s get something straight: zecks and romance are two different things. Romance makes a relationship a relationship more than zecks does. Romance is a standalone element. Zecks is not, or at least it shouldn’t be. You can totally have a fantastic romantic relationship without having one second of special relations. Visualize the following elements and ask yourself if they would be any less heart-grabbing if great zecks didn’t follow them:

Holding hands in the park
Giving your spouse a bath or letting your spouse bathe you
A foot or back rub after a hard day’s work
Pink roses. C’mon.
Walking on the boardwalk
Exotic candle-lit dinners

RELATED ARTICLE: How Long Can a Marriage Go Without Lovemaking?
[/nextpage] [nextpage title=”…”]

Some relationships cannot survive without great zecks because they are not standing on a strong foundation. An FWB relationship, for example, has no foundation. Nine times out of 10, removing the benefits from a “friends with benefits” situation does not leave a friend. It leaves a ghost. Either one “friend” or the other finds out that no kinship truly existed.

Some people don’t realize that they are in FWB relationships until they remove the benefits. Exit friend, enter ghost. If you are involved with a BFF or FWB, you will really have to work on your friendship to make it survive after the benefits dry up. Anything is possible when you call upon the appropriate source for assistance, but both of you must want it.

No. Because True Colors Burn.

Sometimes it’s that the other party has selfish intentions and fails to put any effort into making the zecks great. You can’t have great zecks if one of the parties does not have too much empathy.If the primary goal of spending time with one’s partner is just to experience 30 seconds of pleasurable muscle contractions, then it isn’t even going to be good, let alone great. It’s just going to be-a one-sided act.Such a relationship will eventually die an absolute and unrevivable death.

In a healthy relationship, zecks should only play a small part in the total picture. Even if you do it all the time, it still shouldn’t determine your relationship’s destiny. One day you are both going to be old, gray and beyond the Viagra revival. The only thing left at that point will be true love. Find out now if you have it.
[/nextpage]