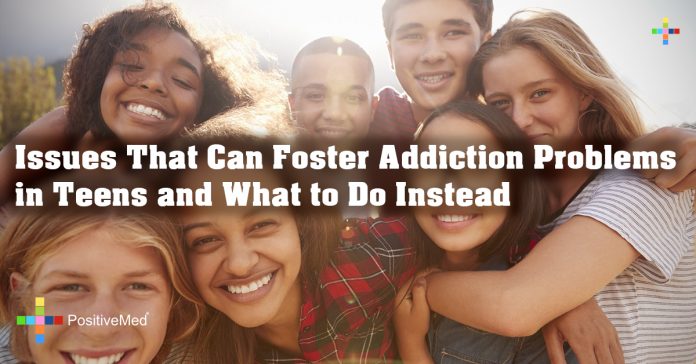 Parents have many fears when they’re raising a teen, but the largest fear is that their teen will become involved with drugs. Parents can fail to notice a drug problem spiraling out of control, and respond in a way that causes more depression, anger, and can delay the needed help.

Teens are at a complicated time in their lives and the environment and how people respond around them can have a big impact on a looming drug problem. Parents are significant influences on the lives of their children, which means parents have the ability to prevent drug problems altogether. Here are a few issues that can cause teens untold pain and damage through their addiction to drugs.

Failing to Set Expectations About Drugs and Alcohol

The first mistake many parents make is ignoring the issue of drugs and alcohol. Many assume their children would inherently know that substances are dangerous and that will instinctively stay away from them. Many forget that teenagers are curious, gullible, and desperate to fit in. Without a firm foundation of understanding regarding the potential effects of drugs and alcohol, most kids will blindly follow their peers into use and abuse of unsafe substances.

Another big mistake is being too strict after learning of my daughter’s experience with drug and alcohol. Research shows that teens are more likely to defy rules when they deem them unfairly harsh. Therefore, parents must strive to be honest about the potential effects of substance use and communicate to set reasonable boundaries for teen behavior.

Others Lying or Being Misleading About Drug History

Many Americans drink alcohol, and many have drunken so much alcohol that they have become impaired. And some parents have even sampled an illicit drug in the past. However, this is rarely something parents and other adults talk about with teens.

Plenty of parents hide any evidence of their experience with substances, going so far as to disguise alcohol consumption. However, being secretive about substance use only makes kids more curious about the activity and therefore likely to try it themselves. Worse, the secrecy can inspire guilt and shame, which will prevent young people from seeking help if they develop problems with abuse.

Allowing Experimentation
When older teens show signs of substance use, some parents ignore it, assuming their children are merely engaging with the world, experimenting with limits, and learning about themselves. Unfortunately, experimentation with drugs and alcohol is not something to applaud. Otherwise smart teens are not necessarily mature teens, which means experimentation with illicit substances can be incredibly dangerous, placing teens in situations where they can endure serious, lasting harm, like $exual assault, motor vehicle collisions, and accidental overdoses.

When parents uncover evidence of experimentation with substances, the best reaction is to separate their teens from the situations that can cause irreparable damage. Enrolling them in a boarding school, like the Ranch Academy, gives them the autonomy they crave and the safe environment you require.

Therapeutic boarding schools are especially great for teens that have had problems experimenting with drugs because the environment is tightly controlled like a rehab center, but teens are still able to continue their learning and progress towards graduation. The last thing you want is for recovery to have a detrimental impact on their future.

Failing to Watch for Warning Signs

Substance abuse problems rarely develop on their own, especially in young people. There are almost always warning signs before the addiction is fully developed.

One of the most common indicators of future substance abuse is mental illness, particularly anxiety, depression, eating disorders, and attention disorders. Though some teens strive to hide their psychological trouble, parents can usually find evidence of odd behavior. Unfortunately, few parents even try to look, and undiagnosed mental disease becomes uncontrolled substance abuse.

Some teens don’t exhibit signs of a mental disorder, but their behavior has more obvious changes. They might: sleep less, stop seeing old friends, clothing style might change, and grades might drop. Parents must be constantly vigilant, even when their babies are no longer babies.

Refusing to Get Professional Help

Few parents are trained to treat substance abusers Yet many parents are certain their children don’t need professional help to overcome addiction; they believe they could move past it on their own. This is perhaps the biggest mistake of all.

Teens’ drug and alcohol addictions are just as real as adults’, which means they need professional treatment to conquer their problems and become healthy mentally, physically, and emotionally. At the first sign of substance use, parents should speak with a pediatrician, child therapist, or drug counselor to learn the best path forward for the whole family.

This blog is a collaborative blog written by a group of individuals. Full disclosure policy for this blog can be found here