Which of These Nipple Types Do You Have? 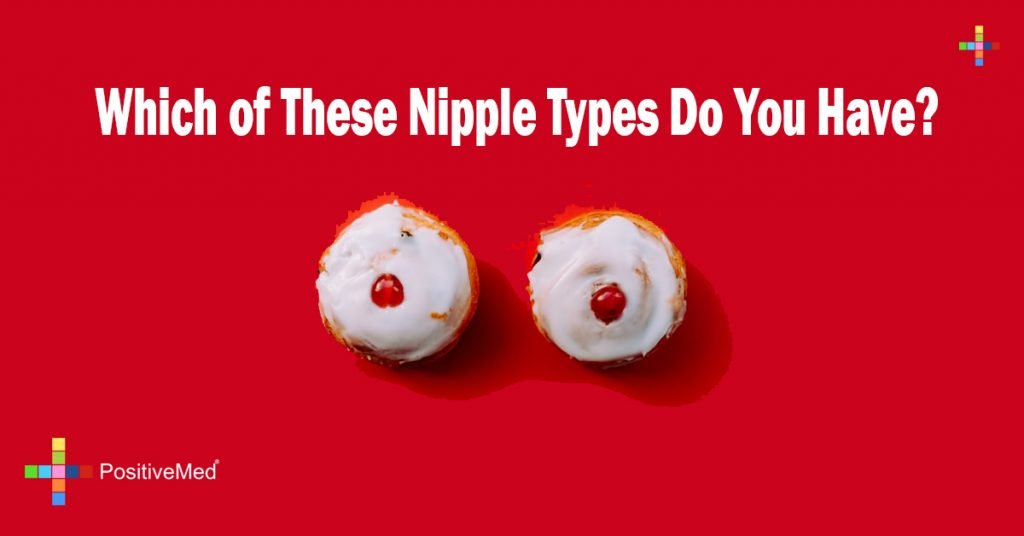 Which of These Nipple Types Do You Have?

They say all women are different, but we know that this is not true. We have traits that we share in common, namely, the fact that we are born with breasts and different nipple types. Breasts vary depending on a woman’s:
-body fat percentage
-the way her body fat is distributed
-the elasticity of her skin and muscles

However, that “centerpiece“that causes so much furor when it accidentally becomes exposed, comprised of the aureola and the nipple, comes in eight definite varieties that repeat among all women.

Read on and see what is your very own nipple profile.

Before we start, let’s give out some pointers.
• First: All eight types of nipples are normal. There is not one shape that is superior to any other.
• Second: You can have a combination of traits in one nipple. This means that your nipples could have variations from a mix of some of the eight categories.
• Third: If, in the process of observing your nipples, you notice any discharge, changes in shape or color, or bleeding seek medical attention immediately. Prevention is the first step for breast care.

Here are the eight shapes of nipples:

Inverted– sometimes the nipple will revert back into the breast for a number of reasons. The causes could be genetic, scar tissue, or breastfeeding. There is nothing wrong with inverted nipples, because they do protrude and come out when they are stimulated.

Flat-Look at your aureola. This is the large circle right at the center of the breast. If the nipple has a flat top, and seems to camouflage into its background, then it would be considered a “flat” nipple. They do not remain flat. Being such a sensitive part of the breast area, the flat nipple, will perk up and protrude with stimulation. However, it will return to its natural state when the stimulus is gone.

Protruding-These nipples are naturally perked up and raised above the aureola. They tend to point outwards. They also harden and can be even more salient and pronounced. This may cause females to feel pain, as the nipples are prone to brush against clothing, causing rashes. Keep the breast and nipple area protected with a good bra that protects the nipple’s delicate skin and that also supports the weight of the breast.

RELATED ARTICLE: Find Out Which Breast Type You Are And Never Buy an Ill-Fitting Bra Again!
[/nextpage] [nextpage title=”…”]

Puffed– Shaped in a triangular way, these nipple types tend to protrude out and feature a perked out point that can become hard and pronounced when stimulated. Remember that stimulus can be anything from room temperature, wetness, certain clothing, $exual stimulation and increased blood flow in general.

Bumpy– The Montgomery glands are located in the area of the aureola. Their job is to produce lubrication in the form of a mild, oily substance that protects the aureola’s sensitive skin. Sometimes, these glands can swell up making the aureola look bumpy. This is not a dangerous condition and many women experience it. This is on of the most attractive nipple types.

Supernumenary nipple– This is basically an extra nipple, which is a genetic happening. These “extra” nipples can show up as a flat aureola somewhere below or near the active ones, and it is usually only one.

Hairy– Every human being has hair follicles in the area of the aureola. As it usually happens, some people are hairier than others in certain parts of the body. Having hair in the aureola may be a turn off for some, but there is a quick solution: Just pluck them out!

Unilateral inverted-We already discussed inverted nipple type. However, there are times when only one of the two nipples is actually inverted. This is also a genetic predisposition and it is perfectly normal.

Celebrate the diversity and beauty of our bodies. Take good care of them, too. Keep up with your check ups, and enjoy a happy and healthy life!
[/nextpage]