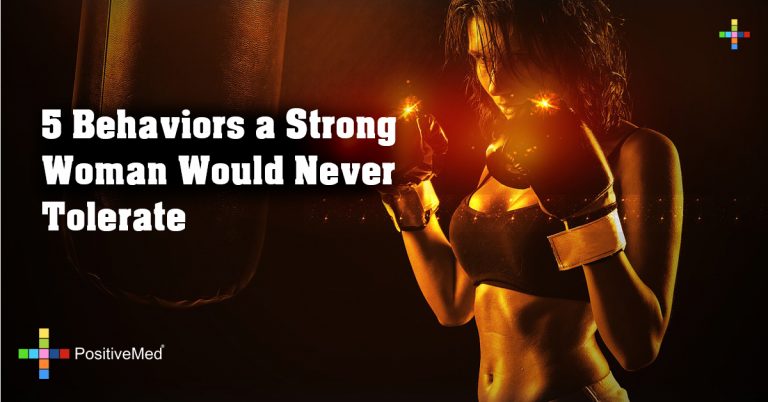 Strong, intelligent and capable women never need to tolerate unacceptable behavior. When a man becomes intolerable because he shows a disrespectful attitude, it is time for the woman to think about other options. Strong women do not typically rely on others in order to meet their needs.

A strong woman is a person who has self-esteem. She displays her confident manner to everyone. A talented woman increases her strength by surrounding herself with encouraging friends who respect her gifts. Strong-minded women involved in romantic relationships need to pay attention to the following warning signs:

RELATED ARTICLE: 11 Vital Things You Should Tell Your Future Partner

Displaying a disrespectful attitude toward a strong woman is a mistake. A woman who has inner strength does not respect a man who lacks courtesy. A man who persistently exhibits temper tantrums and blurts out four-letter words does not show respect for himself or others. Although the concept of looking down on women is becoming a thing of the distant past, plenty of men still live in another era. Stronger women look for gentle and kind men.

2. Watch Out for the Dishonest Man

Dishonesty hurts both the dishonest person and the person’s significant other. Dishonesty has its own levels. From telling a little fib about an insignificant issue to committing a secret, adulterous affair, the dishonest man does not deserve the praise of a good woman. Once a man starts telling lies, it is difficult for the woman to believe anything he says. One lie leads to another and causes a strong woman to wonder what she ever saw in the dishonest man.

3. Disloyalty and Dishonesty are the Best of Friends

When thinking about deceitfulness, the topic of disloyalty also comes to mind. Even though they seem like identical concepts, there is a difference between these two character flaws. A disloyal person does not necessarily need to tell any lies or fibs. Instead, the disloyal man simply begins to live a completely secret life. The person who is not loyal causes terrible disappointment in a woman who has a good deal of self-confidence. Disloyalty is an unacceptable trait.

4. Inequality is the Enemy of a Strong Woman

A woman who has an intelligent mind does not appreciate inequality in a relationship. Women want to know that the men in their lives treat them as equals. However, this does not mean that a man cannot call her endearing names. In fact, an independent woman may appreciate loving words as long as the man does not treat her like a maid or servant. In a good relationship, both partners need to take on certain responsibilities. When each person is treated like an equal, the relationship is surrounded by a strong psychological fortress.

A woman needs the man in her life to support her in every way. If she has wild dreams reaching toward the sky, the boyfriend or spouse needs to encourage her to follow her heart. Every woman needs a man who offers his full emotional, intellectual and spiritual support. A relationship devoid of a true and bonding friendship is bound to suffer. Emotional support means listening with rapt attention while she tells him about her concepts. Giving a strong woman an attentive ear encourages a solid relationship.

Women Do Not Want to Put on Airs

A strong woman wants to have the privilege of being herself. Instead of exhibiting a sophisticated personality which does not resonate with her inner being, a woman with a strong mind wants acceptance. Men who appreciate the fact that the women in their lives may make occasional mistakes are worth tolerating.