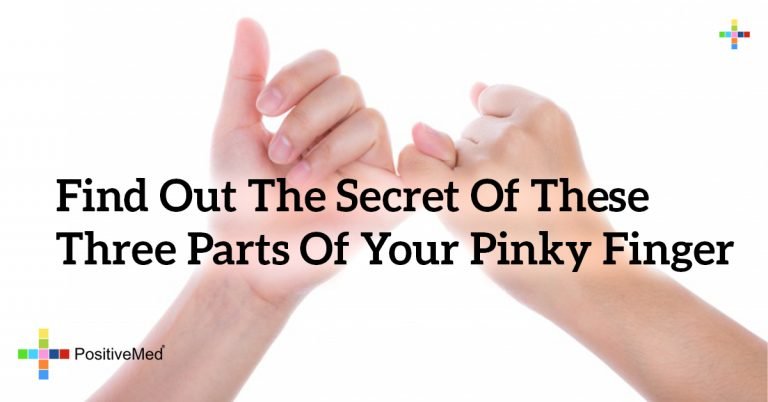 Every finger is comprised of three bones known as phalanges. Each one of the phalanges separates the finger into three separate sections. These sections appear as deep horizontal lines across your fingers. Every person has these phalanges, but you may have noticed that not every one is of the same length. In palmistry, it is believed that the length of each section can reveal a great deal about a person’s personality. The little finger in particular is touted as an accurate guide for not only a person’s personality, but how they communicate with the world. This finger is often known as the Mercury finger. You might know it as the pinky finger.

If a person’s pinky finger is long, then he or she is quite intelligent and loves to communicate with others. People with pinky fingers that are relatively shorter than the rest of their fingers may tend to act childish and have trouble communicating with others. They also tend to give themselves a hard time if they perceive they have failed at something. If the pinky finger curves in toward the ring finger, then this person is prone to lying.

The top section of the Mercury finger is related to a person’s mental acuity and their emotional intelligence. A long upper phalange on this finger denotes a person who loves to communicate with others. This person is often confident and successful, and he or she is very intelligent as well. They are not fooled often.

Unfortunately, a short fingertip means that a person is not likable and is often too concerned with what other people think of him or her.

The second phalange is associated with practical matters and how a person deals with the materialistic aspects of life. If the middle section of your pinky finger is long, then you wish to help others. You may have a future as a healthcare professional, homemaker, or teacher if you have this trait. You also have a higher than average level of determination.

RELATED ARTICLE: If You Have a Guardian Angel Line on Your Palm – You’re Very Special

If you notice that this part of your Mercury finger is shorter than the rest, then you may have a tendency to be quite stubborn. You may also enjoy relaxing more than working hard. Significant changes in your life may upset you more than they would upset others.

The third phalange is closet to the base of the finger and refers to the most animalistic values, such as enjoyment and pleasure. If this section is long, it means that this person has good verbal and social skills on a personal level. While some palmists believe this finger denotes honesty, another group believes that the opposite is true, and that a person with a long third phalange likes to deceive others.

A third phalange that is shorter than the rest of the fingers means that a person can be easily deceived. If your third phalange is short, remember to look out for yourself. Do not allow others to take advantage of you.

While not technically phalanges, some people have an extra horizontal crease in the middle of one of their phalanges. These have a meaning as well. If the extra crease is on the top phalange, then a person may be preoccupied with rules and regulations. An extra crease on the middle phalange denotes extra attention to logic and analysis. An extra crease on the bottom phalange could mean that a person is preoccupied with basal wants and desires.
[/nextpage]