The Right Way to Use Herbs for Psoriasis Treatment 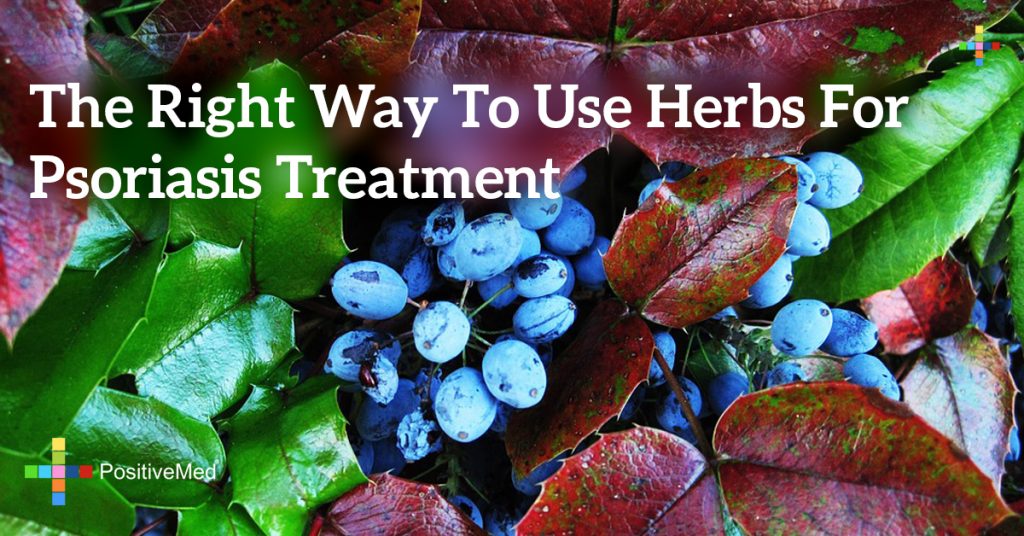 The Right Way to Use Herbs for Psoriasis Treatment

Regardless of extensive research, the exact cause of psoriasis is not yet fully understood; all the same, scientists believe psoriasis is a result of several factors, which include environmental triggers, genetics, and the immune system.

The Genetic Link
It is possible for psoriasis to be passed on through the family since as research shows, the probability of a genetic link for psoriasis is high. One out of every three people with psoriasis have reported having relations with psoriasis. Researchers say up to ten percent of the general population might inherit one or more genes predisposing them to psoriasis although only about two to three percent of people with the psoriasis gene end up developing the disease.

Signs and symptoms
Symptoms and signs of psoriasis may vary from individual to another. Common signs and symptoms include but are not limited to;
• Dry and cracked skin that might bleed
• Red patches of skin usually covered in silvery scales
• Soreness, itching, or a burning sensation
• Small scaling spots, common in children
• Pitted, thickened or ridged nails
• Swollen and stiff joints

Psoriasis patches range from major eruptions to a few spots of scaling similar to dandruff, covering large areas. Most of the psoriasis types go through cycles, starting from a flare for a few weeks and then subsiding for a while or going into complete remission. Psoriasis exists in several different types including; plaque psoriasis, nail psoriasis, scalp psoriasis, guttate psoriasis, inverse psoriasis, psoriatic arthritis, erythrodermic psoriasis, and pustular psoriasis.

Herbal or Natural Remedies
Consultation with your doctor before taking any form of herbal medication is necessary, especially while under any other type of medication. Some herbal remedies cause perilous interactions with other medications. You should also avoid taking herbal remedies if you have a pre-existing medical condition such as high blood pressure or diabetes or when pregnant or breastfeeding.

Herbal or natural remedies that might help with the prevention and long-term treatment of psoriasis include and are not limited to;

Aloe Vera
Some research shows that sap from the Aloe Vera plant, when applied to the skin for up to thrice a day, can help in reducing the scaling and redness associated with psoriasis. Ideal creams contain about 0.5% aloe. The benefits of taking aloe in tablet form have not yet been proven through any research and could, in turn, be harmful.

Tea tree oil
Tea tree oil is from leaves of a plant native to Australia. Studies show that tea tree oil has antiseptic qualities. For most people, using herbal creams containing tea tree oil helps to relieve the scalp psoriasis. However, some people may be allergic to tea tree oil.

Turmeric
Although research on the antioxidant and powerful anti-inflammatory properties of turmeric is still on-going, some studies show curcumin, an active ingredient of turmeric, has the ability to alter gene expression and this is the reason turmeric is very useful in minimizing psoriasis flares. Ideal creams contain about 1.5% turmeric.

Capsaicin
Capsaicin added to ointments and creams helps to block pain transmitting nerve endings. Researches show that creams containing capsaicin assist in reducing the inflammation, pain, scaling, and redness associated with psoriasis. The long-term benefits of capsaicin are currently under additional research which is needed to assess its long-term benefits and safety. Capsaicin ointment may cause a burning sensation to some people when applied.

Conclusion
Non-herbal medication for psoriasis consists of too many side effects making the herbal treatment a better option. Because of the dangers posed by the oral consumption of most of the different herbal remedies associated with the treatment of psoriasis, herbal creams are the better alternative. The use of any herbal remedy should be in consultation with your doctor.

PrevPreviousNew Sinus Infection Treatment That Works Better Than Antibiotics
NextThe Real Secret to Satisfying Love Making Is… (It’s Not What You Think!)Next