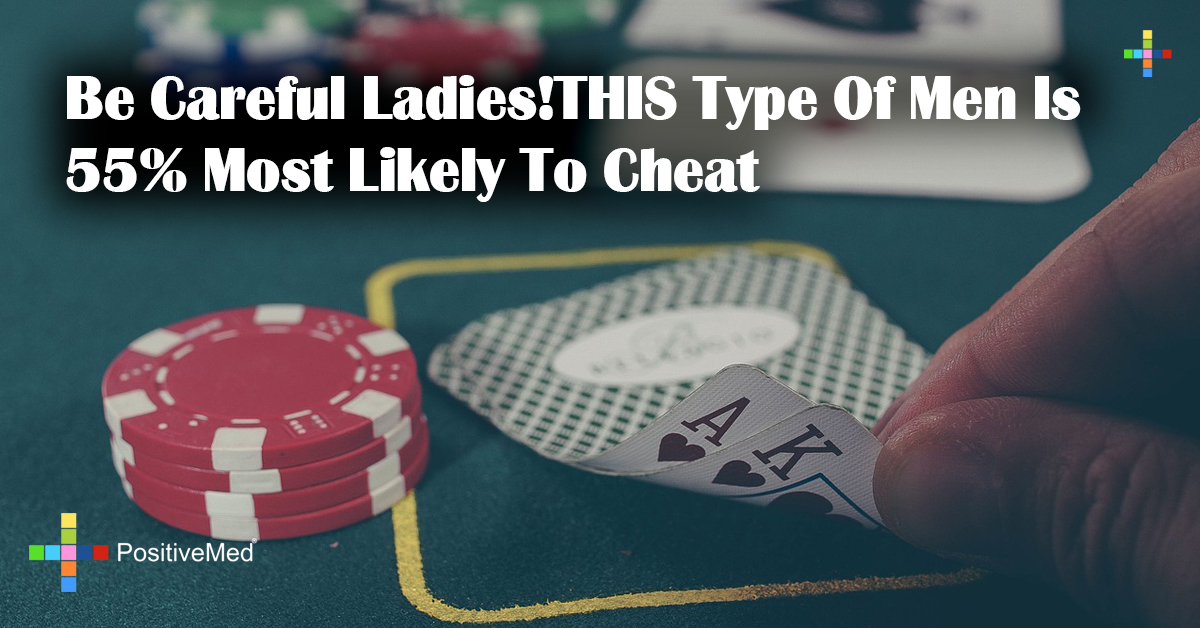 Be Careful Ladies!THIS Type Of Men Is 55% Most Likely To Cheat

The French Institute of Public Opinion conducted a study on infidelity with interesting results. According to the study, a whopping 55 percent of French men and 32 percent of French women admitted to being unfaithful to their spouse or significant other. As a matter of fact, infidelity is only seen as “morally unacceptable” by 47 percent of people who participated in a Pew Research study.

So, why is it that the French seem to be more open to infidelity than other cultures? Some of the responses in the test shed light on the subject. For example, one man says that cheating is “natural” and “inevitable.” Some women even believe that it’s impossible to stay faithful to one person for a lifetime. Others believe that cheating has absolutely nothing to do with whether or not you’re a “good person.”

Since the 1970s, infidelity has been on the upswing, and not just in France. Technology, social media, and more women in the workforce interacting with men might be several contributing factors. But why do the French, in particular, see infidelity as a natural way of life? Affairs are so common, in fact, that some French florists advertise outside of their shop with signs such as, “Don’t forget your mistress!”

Even in the 19th century, French plays and novels mentioned adultery quite often. This led to a view of France as a place of “immorality.”

From an early age, the French think about love. They don’t see it as a fairy tale like the western world, but are actually more inclined to see it as a perfectly imperfect part of life. There is no “knight in shining armor,” but instead, there are emotional attachments. There are mistakes. There are disagreements. While some may assume this to be negative, it’s actually quite realistic—and quite beautiful when you think about it. The French are willing to love with all of what they have, accept imperfections, more importantly, forgive.

RELATED ARTICLE: 4 Traits Of A Cheater You Should Recognize In Your Partner

Speaking of forgiveness, the attitude about infidelity means that the French are more likely to forgive someone who has cheated on them. A whopping 63 percent of the French believe that a relationship is worth salvaging, even if their partner has been unfaithful.

Overall, it seems that French culture just seems love-making gratification as a normal part of human instinct. At some point in history, males and females had many love partners in order to keep the population growing. As a matter of fact, monogamy is a fairly new concept and a largely western ideal.

Obviously, this type of relationship isn’t everyone’s cup of tea. Therefore, if you do decide to date a French person, it’s wise to make sure that the cultural differences are understood and laid out. Boundaries should be set in place with a plan on what to do if boundaries are crossed.