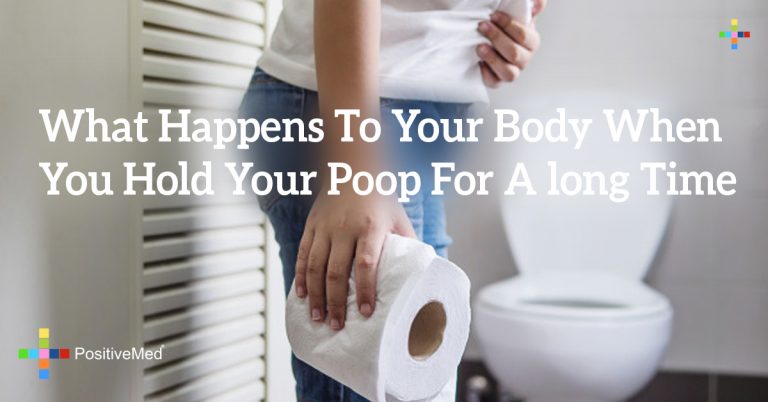 It’s not something that people often think about, but when a person holds in his or her bowel movements, this can have a terrible effect on the body. Ignoring your body’s urge to go can result in stomach pain, stool hardening, and even death.

Pediatric psychologist Carin Cunningham, Ph.D. states that often she will often see young people who haven’t had a bowel movement for up to two weeks. She explains that younger children are more at risk for harming themselves by holding in their bowel movements because they fear that they will experience pain when they go to the bathroom. Children are often asked to “hold it” so that parents can finish a task before taking them to a bathroom, and teachers enforce this in later years with

Children are often asked to “hold it” so that parents can finish a task before taking them to a bathroom, and teachers enforce this in later years with a rule about bathroom usage during class time. In the Western world, we are trained to ignore the urge to relieve ourselves, which is often not natural for our bodies. Dr. Cunningham notes that fear of the toilet can cause a child to hold his or her stool to the point that the colon becomes distended. Extreme stool-holding is very uncommon in adulthood, and Dr. Cunningham notes that she sees less cases of stool-holding by the age of sixteen.

This was not the case for sixteen-year-old Emily Titterington from Cornwall, England. Emily was diagnosed with mild autism, a disorder which can increase pain threshold and create a mind/body disconnect. It is reported that Emily held her stool for extended periods of time due to her fear of toilets. Eventually her bowel enlarged to the point that it shifted within her body and compressed her organs, which led to a fatal heart attack. Pathologist Amanda Jeffery reported to The Independent that the young woman’s ribs had been pushed out further than her pubic bone because of the internal build-up.

RELATED ARTICLE: “Oopsy” Connection Between Your Coffee And Your Poop

Therefore the urge to defecate goes away until even more stool enters your rectum. If this suppression continues, then the rectum absorbs the water from the stool, making them dry and impacted. This can lead to straining, pain, and bleeding. In more extreme cases, the stool becomes so impacted that it must be removed manually at a doctor’s office. The strain and pressure on the anus can lead to hemorrhoids as well. Colorectal surgeon Dr. Shauna Lorenzo-Rivero, MD explains that holding your stool can even lead to a stretched-out rectum known as a megarectum. This can lead to a constant urge to evacuate your bowels, even if there is no stool to evacuate. Even holding in your feces for one day has a negative effect because harmful bacteria can simply wait in your intestine and multiply.

It is very important to have regular bowel movements so that your body can eliminate waste and make room for new foods and nutrients. Dr. Lennox Hoyte, MD says that you should have a bowel movement after every meal. He stresses that you should move your bowels as soon as you feel the urge to do so. Other common medical advice from gastroenterologists is to consume dietary fiber, drink enough water, eat meals on a regular schedule, chew food very well before swallowing, and get daily exercise. if you have sustained damage due to holding in your stool too long, you can keep a journal of what you have eaten and when you feel the urge to use the restroom in order to observe trends and get back on track to digestive health.