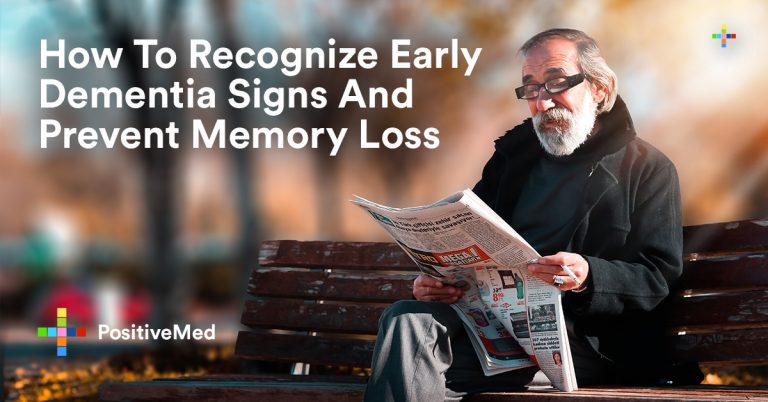 Many people refer to dementia as an actual disease, however, it is simply a group of symptoms that are associated with the decline in a person’s reasoning, thinking, and ability to remember. Dementia can cause a person to have difficulty performing daily tasks and living independently, which makes it of the utmost importance to know the early dementia signs so help can be gotten as soon as possible. It can be difficult to determine if a bit of memory loss is directly related to dementia or just old age. Thankfully the earliest warning symptoms of dementia have now been discovered which will make this condition easier to detect.

One of the earliest dementia signs that often goes overlooked is apathy. You may notice that a loved one has lost interest in hobbies they once took great joy in performing. They may not want to spend time with the people they love or may seem to be emotionally ‘flat’.

A failed sense of direction:

Spacial orientation is a function the begins to deteriorate at the earliest onset of dementia. This can usually be seen in individuals who still drive. They may forget directions to places they are familiar with or not recognizing familiar building or landmarks. It will also become more difficult for them to follow step-by-step instructions.

Here is another early dementia symptom that may not seem like a symptom at all. You may notice a loved one beginning to excessively collect certain things or performing household chores on a more consistent basis. For example, vacuuming the living room floor three or four times a day. Another example is they may ask the same questions several times throughout a conversation, only worded differently.

RELATED ARTICLE: How to Improve your Memory Naturally

At some point or other, we have all walked into a room and forgotten what we were looking for. This is also a common occurrence with those individuals in the early stages of dementia. They may enter a room, then forget why they are there on a daily basis. This may happen once a day or several times per day. You may also notice a loved one constantly remembering things that happened years ago, but struggling to remember what they had for breakfast. This is not just a sign of old age, but a very important warning sign of dementia.

Keep in mind that while memory loss is a very important symptom of dementia, an individual must be experiencing, at least, two different types of impairment that significantly interfere with their everyday life in order to consider it a factor of early onset dementia.

Any changes in reasoning, language, focus, or communication, no matter how insignificant you may think they are, can sign that a loved one is in the early stages of developing this condition. The signs can be subtle, so careful attention must be paid in order to catch them early enough to get the proper care.

A new study suggests nine years before memory changes, changes in sense of humor is an early dementia sign that could indicate dementia is on the way.

Many friends and family members of those with dementia in this study reported seeing changes in the sense of humor around 9 years before the more typical memory problems showed up.

In this early change, patients gradually started preferring slapstick humor over satirical or absurdist comedy; In other words, they shifted from Mr. Bean type of comedy to Monty Python type of comedy 9 years prior to other dementia signs.

Dr. Camilla Clark, the chief researcher of the study says:

“As the sense of humor defines us and is used to build relationships with those around us, changes in what we find funny has impacts far beyond picking a new favorite TV show.

We’ve highlighted the need to shift the emphasis from dementia being solely about memory loss.

These findings have implications for diagnosis – not only should personality and behavior changes ring alarm bells, but clinicians themselves need to be more aware of these symptoms as an early sign of dementia.

As well as providing clues to underlying brain changes, subtle differences in what we find funny could help differentiate between the different diseases that cause dementia.

Humour could be a particularly sensitive way of detecting dementia because it puts demands on so many different aspects of brain function, such as puzzle solving, emotion and social awareness.”