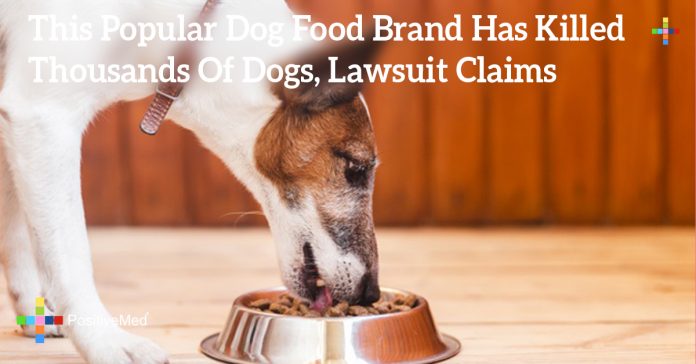 A lawsuit has been recently filed against the Nestlé Purina company claiming that one of its most popular dog foods, Beneful, contains dangerous ingredients responsible for the death of thousands of dogs.

The lawsuit was filed in California federal court by Frank Lucido who claims that thousands of dogs have died as result of consuming Beneful dry dog food. Lucido’s family owned three dogs who had no health problems until he began feeding them Beneful. Lucido’s home was being renovated at that time, so all three animals were kept in separate residences until the renovations were complete. The dogs became severely ill after consuming Beneful, and one died. Because they lived in three separate homes, Lucido blamed their illnesses on the one element they had in common: the dog food.

To confirm his suspicions, Lucido ordered an autopsy to be performed on the dead dog, where it was discovered it had suffered from severe internal bleeding in the stomach area. There were also large lesions on the animal’s liver.

Another individual, Virginia Burgardt, also claims that the popular dog food caused her Great Dane’s illness. Shortly after Burgardt’s Great Dane had consumed the dog food for just a few months, it experienced vomiting, diarrhea and weight loss. All of which were the same symptoms reported by thousands of other individuals who had fed their pets Beneful.

RELATED ARTICLE: Think It’s Cute When Your Pets Do This? Think Again It Might be a Deadly Sign!

After experts carefully studied the ingredient list of Beneful, they discovered it contained dangerous ingredients such as propylene glycol that could have caused the pets to become ill and die. Propylene glycol is a known hazard to pets, and is an additive in anti-freeze which is a substance added to the radiator of an automobile to prevent the water from freezing during cold temperatures. The substance has a slightly sweet taste, which makes it appealing to dogs. Representatives from Purina state that the company does use propylene glycol in its dog food, but in amounts that have been FDA approved and is also used as a food additive in human foods such as cake mixes and salad dressings.

At this time, experts have stated it is undetermined as to how many pets have become ill and died as a direct result of consuming Beneful. Further investigations are being conducted to determine the exact cause of the animals’ deaths, although 3000 cases of animal illness and death linked to the consumption of Beneful has been documented.

The main concern is that the large number of complaints of animal illness is similar to the lawsuit that was settled this past May where Purina created a fund of $6.5 million to compensate dog and cat owners whose animals were harmed after they had consumed treats sold by the company, but manufactured in China. At that time, Purina products had been linked to more than 1000 animal deaths, which makes the Beneful case a top priority for further investigation.

In response to the article we received the following message from Wendy Vlieks, director of corporate public relations of Nestlé Purina PetCare Company:

“As pet lovers who proudly make and feed our products to our own pets, we are deeply disturbed by the ongoing false and unsubstantiated allegations by class action lawyers attacking Beneful. The fact is that Beneful is a safe, high-quality dog food enjoyed by more than 15 million healthy, happy dogs each year. There are no quality issues with Beneful, a fact backed up by independent expert sources including leading veterinarians, the FDA, millions of loyal pet owners, and Purina food scientists and employees who make and feed Beneful to their own pets.

The class action lawyers’ complaint not only contains false allegations, but is completely absent of any validated product testing, or test results of any kind for their list of injured pets. In fact, they offered absolutely no linkage between Beneful and the alleged pet illnesses. And now, 10 months later, they still haven’t provided any evidence for these allegations.

Like other pet foods, Beneful is occasionally the subject of social media-driven misinformation. Online postings often contain false, unsupported and misleading allegations that cause undue concern and confusion for our Beneful customers. Bottom line – Beneful is a safe, nutritious, high-quality dog food. Consumers can continue to feed Beneful with total confidence.”