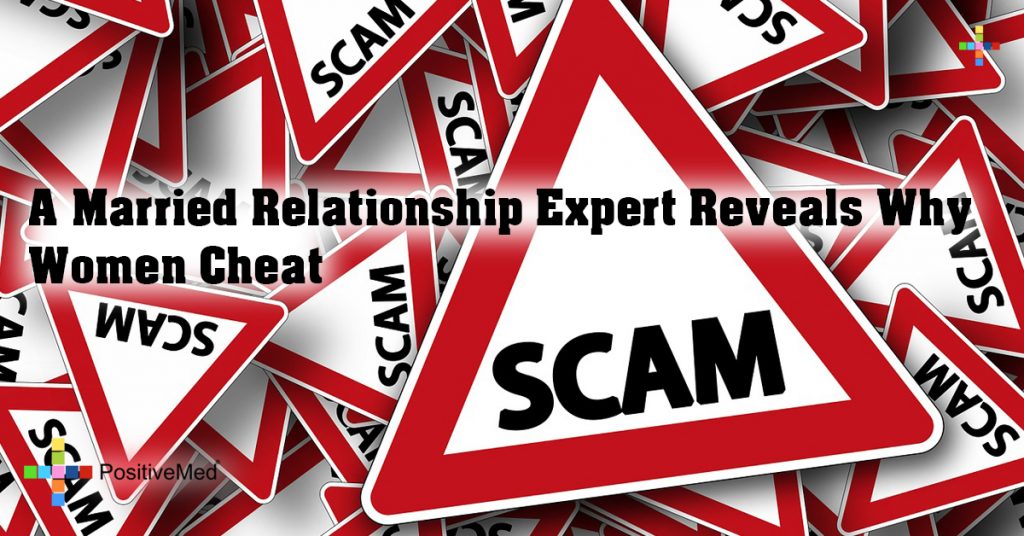 Cheating rates in marriage have steadily risen over the last 10 years. Now, 50 percent of women and 60 percent of men confess to cheating over the lifetime of their marriage a staggering number that shows just how far many couples have fallen.

Married relationship expert Charles Orlando decided to go undercover, creating a profile at renowned cheating site Ashley Madison, in order to discover why, exactly, it is that women are prone to cheating in their marriage. His hope? That by uncovering the reasons behind the cheating, he can help couples cheat-proof their marriages.

For many women, Charles discovered that the draw of cheating doesn’t require them to actually meet the individual in person. In fact, these women aren’t aiming to meet up at all. They’re perfectly content to sit on the other side of their computer screen, chatting about illicit actions in explicit detail without ever intending to take it a step further. He compares it to interactive @rotic novels: nothing concrete, just a sense of closeness that can’t be found in their current marriage. In some cases, women are able to use that virtual connection to spice things up and be content with that alone: expressing via the internet what they’re unable to express with their spouse in person.

It’s relatively well known by married women that once their husband “catches” them and knows that they’re his forever, his attention drifts. He’s no longer passionate, focused on the thrill of the chase. Instead, he’s complacent. An evening of Netflix on the couch replaces the fun-filled dates that used to take priority. Spontaneous gifts and shows of affection decrease substantially. Unfortunately, women still crave that attention and affection and when they aren’t getting it, some women start to look for alternative ways to fill that gaping hole in their hearts.

RELATED ARTICLE: Here’s One Thing About You That Makes You Twice As Likely To Cheat

That’s what many of the women of Ashley Madison were seeking. It isn’t that they were looking to be sure that they had found a new relationship before they left their current one. Most of them loved their husbands and had no intention of leaving the relationship. They stayed for convenience, for the children, because they were still comfortable with him. The trouble was, there was no passion in their marriages and so they went looking for it with someone else.

For some of them, it was a purely physical connection to replace the one that was no longer part of the marriage. For most, however, the need was more emotional. They wanted to feel engaged, cared for, chased. There’s something about knowing that she’s desired that makes a woman feel special and unfortunately, many married men are failing to provide their wives with that reassurance.

If you’re married and hoping to prevent your wife’s infidelity, that enthusiasm and effort seem to be the key. Your wife is just as comfortable sitting on the couch and watching Netflix as you are. Getting up and going out, doing something special, and wearing “date clothes” takes effort, but it’s effort that will contribute to the longevity of your marriage.

Don’t allow yourself to grow stagnant. Pursue your wife just as passionately after 10, 20, 30 years of marriage as you did when everything was new and fresh and her every smile meant something. She’s yours. She’s not going anywhere. After years of inattention and neglect, however, you can slowly destroy the heart that you fell in love with.

Make a habit of noticing things about your wife. Compliment the special outfit that she took the time to put together quite probably with you in mind. Appreciate the little things that she does for you. Take her out on a regular basis, and every once in a while, take her somewhere special and spontaneous. Bring home a gift just because it reminded you of her. You’ll be surprised by just how much that extra energy and effort can mean to your marriage and how much happier your wife will be as a result.