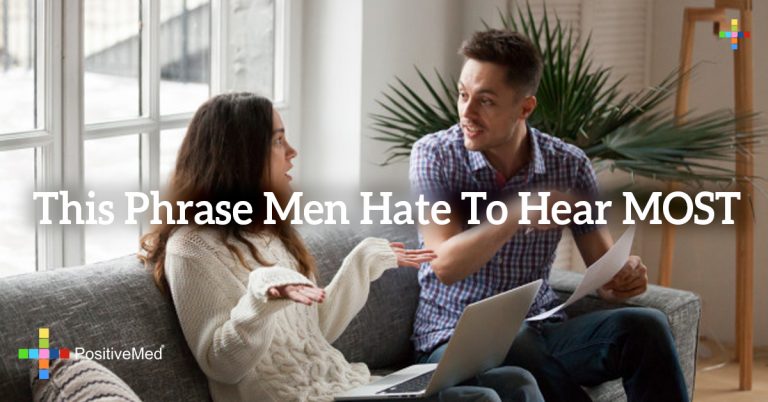 This Phrase Men Hate To Hear MOST

Before I began writing this article, I decided to conduct a little experiment. I approached my boyfriend, looked him in the eye and stated, “We need to talk. ”Immediately, a look of terror took over his prior uninterested face and I questioned why he was suddenly so stressed. His response resonated with me. Without even knowing it, he has shed a lot of light on a common phrase that is used often in male to female communication. He said:“No one ever said ‘Hey we need to talk…. I baked you a cake!” or ‘We need to talk…I won the lottery!”. That phrase is almost always followed by something no one wants to here.”

Let’s be honest with ourselves. It’s not a normal conversation starter. Is a call to action and a draw of attention that feels abrupt, unnatural and could catch anyone off guard if they’re not expecting a serious conversation. Then again, who is?

I found his examples of what people would not say very interesting. An article published in 1979 by Adelaide Haas on “Male and female spoken language differences” concludes that men think and speak more about the physical world. They focus more on money, sports physical moments and objects. On the other hand, women tend to speak more on feelings, evaluations, interpretations and psychological state. Men typically speak in more direct terms and observations and women speak with more suppression and implication.

Women are masters of implication (or we think we are.) This is what scares men the most about this lovely little phrase we use all too often. It’s the implication of what is to come after that phrase is uttered.

A psychological study by Pamela Fishman in 1978 states that Women tend to assume the role of conversation facilitator. We feel a sense of responsibility to create a conversation between us and our male counterparts. It seems that this could very well be where our favorite phrase ‘We need to talk’ originates from. Us women could mutter it without much thought or lots of thought behind it but either way we are the ones that want to get the ball rolling and talk about something no matter what it is.

Whether it is money, family matters, or you just miss him because your schedules haven’t matched up all week, you as women feel the need to communicate with your guy. Tread carefully, though, you don’t want to send him into defense mode from the start. When you assert that ‘We need to talk’ he automatically starts thinking off all the worst things us women could have going on inside our busy brains.

So the next time you need to get something off your check or have a question you’re dying to confront him about, take the time to break the ice before diving head first into a loaded conversation. Creep up on the matter at hand with some light conversation first. Share a story, ask about his day or even go so far as to participate in an activity together. Cook dinner together, watch a movie, or go for a drive in the car to get the conversation flowing. Try to avoid that dreaded four letter phrase altogether and save yourself and your man the stress that goes along with it.