PositiveMed The Positive Side of Medicine
Home health diabetes After Reading THIS, You Will Never Consume White Flour Again 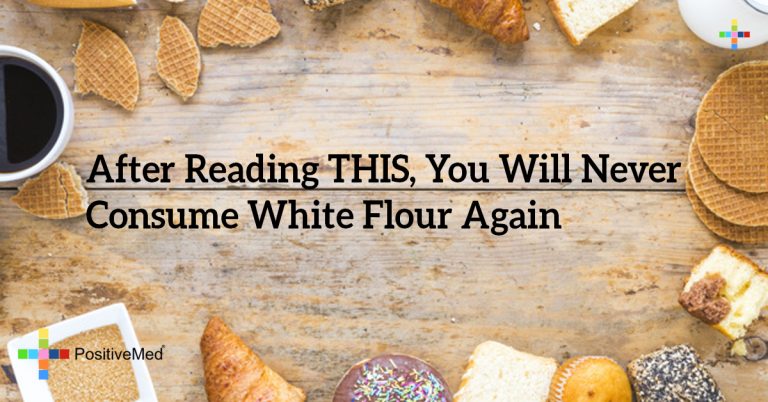 After Reading THIS, You Will Never Consume White Flour Again

A significant proportion of the typical American diet consists of white flour. The breakfast bagel, the bread around the sandwich at lunch, and the pasta consumed at dinner are all primarily composed of white flour. However, regular consumption of white flour has been linked to diabetes, obesity, malnutrition, and other health problems.

What is White Flour?

Flour is created by grinding grains down into a powder. Flours increase the versatility of grains by allowing them to be used to create a wide variety of baked goods and other products. However, when white flour is created, the entire grain is not used. Instead, the outermost layer of the wheat seed is stripped off before grinding. The outermost layer of the seed, sometimes referred to as the brain, contains practically all of the nutritional content of the grain, and it contains most of the fiber. Therefore, the resulting flour is devoid of any nutritional content. A cup of white flour is very similar in nutritional content to a cup of sugar, except the white flour also contains gluten, a problematic protein for individuals with celiac disease and gluten intolerance.

Potassium bromate is banned from food in many countries, including the EU, Canada, and China-yes, China, not exactly noted for its concern about food safety. Potassium bromate has been shown to be a powerful carcinogen in animal studies, thus its ban. However, in the United States, practically all baked goods made from white flour contain potassium bromate. When added to white flour, the potassium bromate creates an extremely white, soft, and fluffy baked product. In theory, the baking process destroys the potassium bromate, but many pieces of bread and buns have measurable levels of the dangerous chemical after baking.

In addition to potassium bromate, a wide variety of toxic chemicals are used during the creation of white flour. The process begins by treating the wheat with insecticides. After removal of the bran and grinding of the remaining kernel, the wheat is bleached with chlorine dioxide. It then has chalk, alum, ammonium carbonate, potassium bromate, and a number of other chemicals added to it to turn it into a pure white textureless powder. These chemicals, combined with the lack of nutrition in the final product, render the flour immune to insect infestation-any insect that tries to consume the flour will rapidly be poisoned and die.

RELATED ARTICLE: All you Need to Know If Your Loved One Suffers From Diabetes

The Other Secret Ingredients: Alloxan and L-Cysteine

The bleaching process used to make white flour white creates a toxic chemical called alloxan. In the laboratory, alloxan is used to create animal models of diabetes it is very effective in destroying the insulin-producing cells of the pancreas. There is no doubt that the consumption of white flour containing alloxan is contributing to the current diabetes epidemic that is raging in the United States. As if that wasn’t bad enough, bakers that want bread and pizza dough to rise quickly add a product produced from feathers or hair called L-cysteine. Taken in large enough quantities, L-cysteine is extremely toxic to the digestive tract, nervous system, and immune system.

In short, avoiding white flour and products made from white flour may be the single most important thing you can do to improve your health.