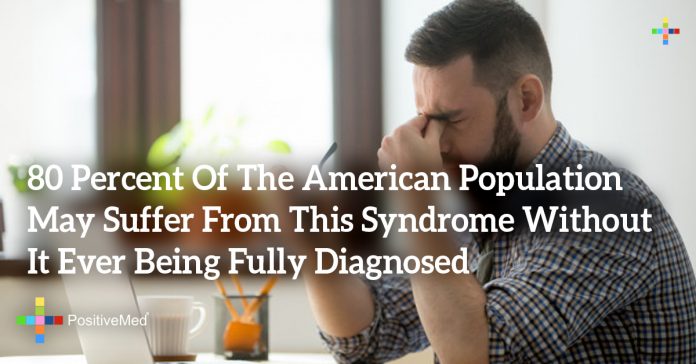 Not to be confused with Addison’ Disease or Cushing Disease, adrenal fatigue syndrome (ASF) remains one of the most misdiagnosed illnesses to plague modern man or woman. Almost 80 percent of the American population may now have AFS without it ever being fully diagnosed. That said, women by far outweigh the men in manifesting symptoms and generally begin showing symptoms in their early thirties depending.

Unless a person is truly diagnosed by a holistically inclined medical doctor, a patient may never fully recover unless they take an alternate, holistic and disciplined approach in treatment.

Basically, it results from burning the proverbial candle at both ends for a prolonged period. In short, stress overload is the culprit in almost 95 percent of the cases reported. In essence, your body’s circuits get overloaded and short-out affecting the adrenal glands, the thyroid and the rest of the endocrine system.

Depending on how well a person undergoes certain lifestyle changes such as a possible change of career or jobs; change in eating style; stick to a good sleep routine; learns how to manage adrenal crashes; and disregards a guilty sense of being unproductive, a person can be restored to optimal levels of health over time.

Because so few conventional medical doctors even acknowledge the existence of AFS, symptoms that overlap with other illnesses, including thyroid insufficiency, are usually regarded as being in the mind of the patient.

For many, it is “the hidden disease,” and it remains hidden for years, growing in intensity over time. Some suffer from this condition for over 30 years before taking matters in their own hands with holistic alternative methods.

Recurring adrenal crashes take place in advancing stages rendering the person totally debilitated. Many mistakenly refer to it as having chronic fatigue syndrome(CFS).

However, this trend seems to be abating and today, with more holistic health practitioners coming online, so to speak, the trend is going in other directions. Fortunately, several free online bits of help are available to help diagnose both CFS and AFS.

The general consensus for holistic treatment is as follows:

Diet: Natural all the way, low-carb oriented and unprocessed foods are the norm here. Carefully monitored mega doses of Vitamin C are advisable.

Exercise: While it’s needed, exercise can only be done as much as the patient can do without inadvertently causing another adrenal crash. Yoga breathing exercises or Chinese Tai Chi practices are best here.

Lifestyle Changes: Do what you have to do to get rid of so much stress overload.

Rest: Rest is just as important as the others mentioned above. Too much of anything can trigger an adrenal crash.

Discipline and perseverance are called for as AFS is not an easy thing to treat and master. However, with the right kind of guidance, encouragement and above all faith, its recovery is obtainable.

Do you or anyone you know have any of the above-mentioned symptoms and if you do, what measures have you taken to recover your health?