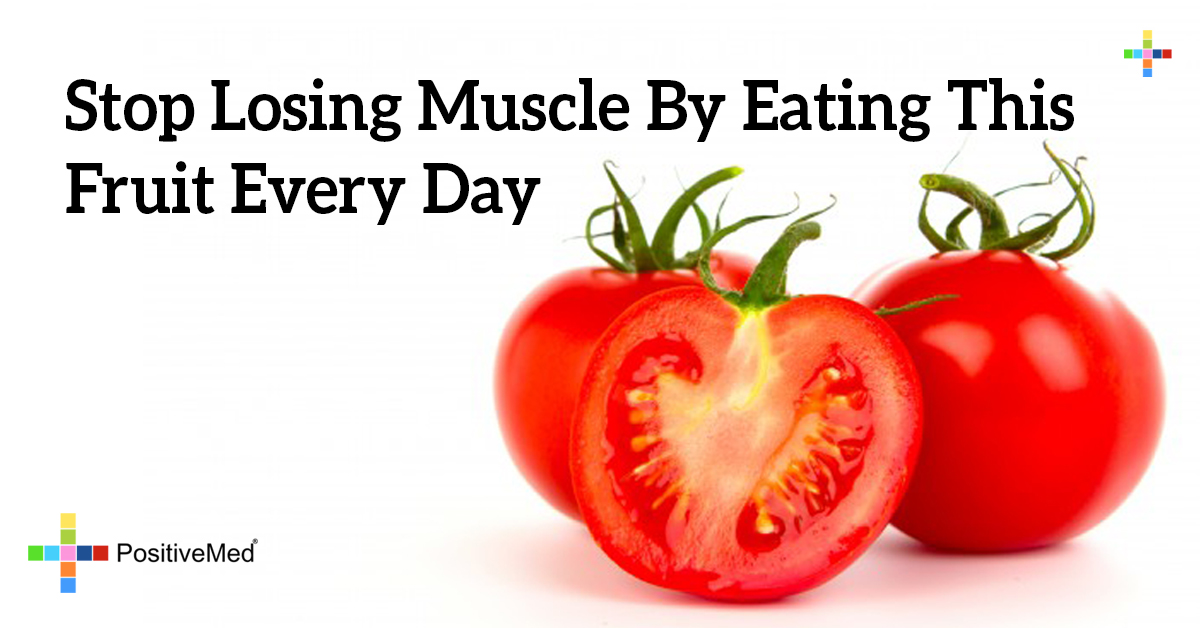 Stop Losing Muscle By Eating This Fruit Every Day

Up until the time that pesticide use increased in agriculture and in the food industry, naturalists advised people to also eat the skin of the fruit. Being one of the most nutritious parts of a fruit, it is replete with nutrition and other benefits that have only recently been brought to light.

Now, researchers at the University of Iowa are simply re-asserting the benefits of eating the skin of certain fruit such as green tomatoes and apples as being beneficial in other ways not before known.

According to medical experts, muscles naturally grow larger and stronger from birth up to the age of 30. Moreover, muscle mass loss from 3 to 5 percent occurs every 10 years after 30 years of age. Afterwards, atrophy begins to typically settle in around 75 years.

As the aging process advances, so does muscle mass declination. Weakness and stamina loss follow and along with it, a lesser quality of life takes place.

One group of scientific researchers at the University of Iowa have been engaged in some revealing studies that indicate compounds found in green tomatoes and apples can bring to a complete stop the protein activity responsible for muscle atrophy. Having been published in the Journal of Biological Chemistry, the findings may eventually lead to a new industry of supplements and pharmaceutical drugs conducive to treating muscle mass loss.

Certain fruit, having large amounts of ursolic acid in their peel, potentially can nullify muscle loss weakness. The ursolic acid in apple peels and tomatidine compounds in the skin of green tomatoes was shown to turn off the protein action of ATF4 after being tested on laboratory animals.

It is this protein, ATF4, that enables the advance in muscle loss. However, new therapies targeting the elderly, and helping them keep fit and active for more years, are sure to be on the way.

According to Dr. Christopher Adams, a professor of internal medicine, as well as the lead author in the study, the two natural compounds combined can help reduce ATF4 activity.

Previously, the same research team at the University of Iowa found that both subject compounds, as small molecules, could prevent acute muscle loss due to starvation and inactivity. However, the earlier study served as a precursor to later studies which focused on preventing the number one cause of atrophy, aging.

As a dietary habit, do you normally peel the fruit that you eat or do you eat it whole with the rest of the fruit? If you do eat the peel, do you thoroughly wash it before ingesting? If you use a juice extractor, do you include the peel in every juicing session?