PositiveMed The Positive Side of Medicine
Home health natural remedies What Are The Symptoms of Polycystic Ovary Syndrome (PCOS) and How To Treat It Naturally! 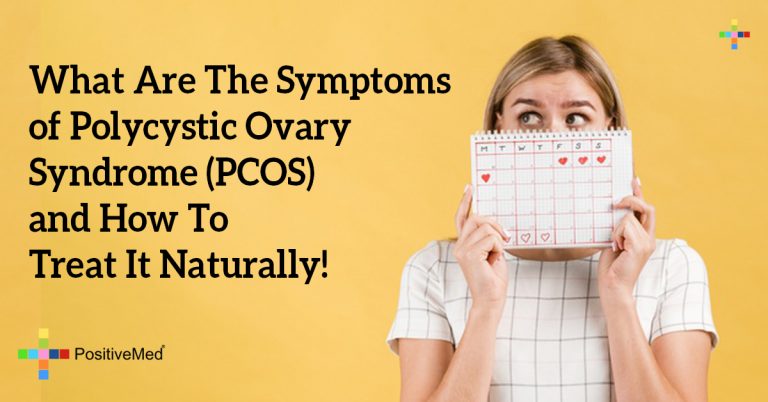 What Are The Symptoms of Polycystic Ovary Syndrome (PCOS) and How To Treat It Naturally!

Polycystic Ovarian Syndrome, or PCOS, is a problem that affects up to one in ten American women. The symptoms of PCOS include irregular menstrual periods, excess levels of male hormones that can lead to such issues as excess body hair or acne, and polycystic ovaries that become enlarged and swollen. Worse, for many women, is the fact that PCOS can lead to infertility or difficulty conceiving. Doctors are aware that PCOS is caused by insulin resistance, but the precise relationship between the two conditions is still unknown. Thankfully, there are a variety of natural treatments available to those suffering from PCOS, many of which can alleviate or even end symptoms completely.

One of the primary methods for managing PCOS is often managing the diet of the affected individual. Because PCOS is caused by insulin resistance, it’s important to control glucose levels in the body. Some sources have found that one of the best way to control insulin levels is through choosing the timing of caloric consumption: eating the bulk of the day’s calories for breakfast, rather than at dinner time, can stabilize insulin levels. Other studies have noted that the symptoms of PCOS become less severe when a woman is able to decrease her weight. Diet and exercise, therefore, are the first line of treatment for women with PCOS.

Ideally, a PCOS-friendly dieet dedicated to creating change in the woman’s body will be high in fruits and vegetables. Whole grains should be included regularly, as should low-fat dairy products. A combination of these factors, especially when exercise is added, can help control insulin levels and decrease PCOS symptoms.

Women with PCOS are often willing to try anything in order to regulate their menstrual cycles, especially if they’re trying to conceive. Many have turned to home remedies, several of which show a moderate degree of effectiveness in managing PCOS.

has been shown to decrease insulin resistance and combat some of the symptoms of PCOS. Consumption of approximately two teaspoons per day, whether as a spice on food or dissolved in a cup of warm water, is all that is necessary to show results.

naturally balances the overproduction of male hormones in women with PCOS. It is also high in fiber and reduces inflammation, making this an ideal supplement for many individuals who are attempting to control glucose levels and improve overall health and wellness. In order to take advantage of the properties of flax seed, women should consume one to two tablespoons per day.

is known to control blood sugar and reduce the production of testosterone. Apple cider vinegar can be consumed in greater quantities than other home remedies: up to two tablespoons in a glass of water, three times per day, is considered a reasonable dose. For those women who dislike the taste of apple cider vinegar, it can be mixed with a strong-tasting beverage in order to conceal the taste.

PCOS can create a number of difficulties for many women. Thankfully, there are treatments. While many women turn to artificial hormones in order to control their PCOS symptoms, many of the natural remedies named above can also have a significant impact on PCOS.