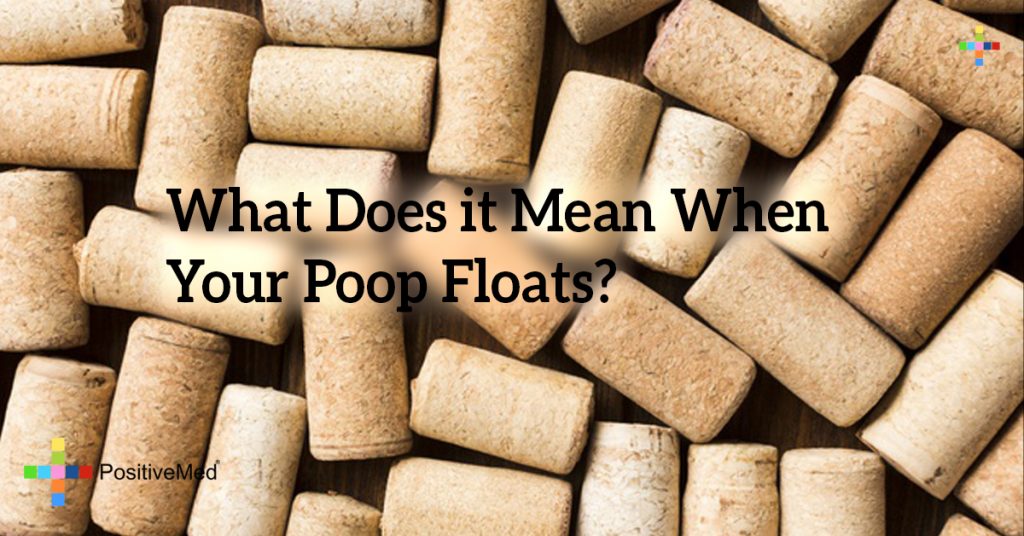 More poop floats than what you might think. Thanks in part to an episode of the TV series “House” where the lead character was diagnosing why a man’s poop was floating, a lot of people think it is only caused by fat. Dr. House told the man it was the fat in the meat he was eating that was causing his poop to float. This was a big surprise to the man’s significant other since she thought he was living as a vegetarian like her. Fat in the diet can make poop float but so can plain old gas. Poop floating can be perfectly normal. However, the reason people begin to notice things like this in the first place is often because of some concern they are having with the performance of their digestive systems. From the throat to the anus there are many issues that can affect people that can cause all kinds of symptoms. Some are more common than others. The first step in knowing if poop can be a symptom of a bigger issue is to learn the Bristol Stool Scale.

RELATED ARTICLE: What Your Poop Says About Hidden Problems in Your Body

Number 2 might be what going is referred to as, but on the Bristol Stool Scale, it is numbers 3 and 4 that are considered normal stools. Going lower means constipation, and going higher means inflammation. The number one reason for harder stools is dehydration. If your urine is darker than a very transparent looking yellow color, you are already mildly dehydrated.

Occasional loose stools are usually not an issue to be concerned about. If they happen on a regular basis, investigate what foods and beverages may be causing the problem. If the condition is chronic, it can be rapid bowel transit or any of the inflammatory diseases that can affect the gut, including gluten sensitivity or full blown celiac disease. Gluten is in wheat and some other grains, but wheat is the big offender for most since it is in so many products. To demonstrate this, gluten can even be found in soy sauce due to how the product is made.

Lactose intolerance is a problem with digesting the milk sugar lactose due to lacking enough of an enzyme called lactase. People can be anywhere on the spectrum from not being able to tolerate any dairy products to being able to have a little bit or certain types and not have symptoms of gas, bloating and pain. Also, a higher percentage of people with Crohn’s disease have lactose intolerance.

RELATED ARTICLE: 5 Signs You Are Lactose Intolerant And What To Do About It

Many people have an ineffective gut microbiome due to eating the Standard American Diet (SAD) of high-fat, high-sugar, heavily processed foods. The microbiome is the helpful bacteria alive in your gut. Your body is made up of about a trillion cells. Ten times that amount in bacteria are alive in your gut! They digest your food and can even cause disease if they are out of balance.

Probiotics are a good way to kick start a healthier gut micriobiome, but adjusting fat and sugar intake and opting for less processed healthy foods is still needed. Your gut works by balancing a lot of details from food and liquid intake to stress. If one area is out of whack, the whole gut can cause you trouble from GERD to cancer.