10 Special Qualities an Enlightened Person Has! 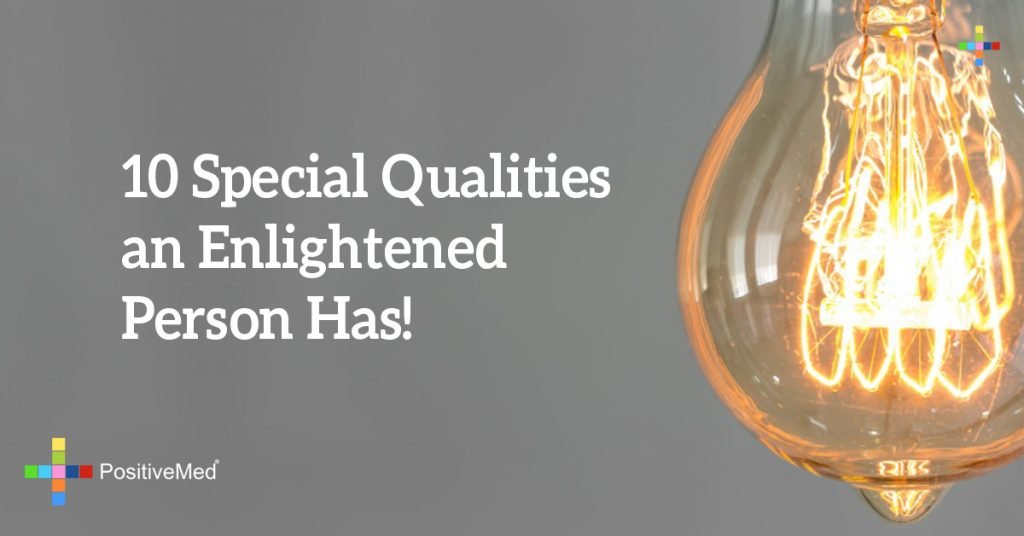 10 Special Qualities an Enlightened Person Has!

An enlightened person has a cheery and positive mindset. He/she will often share that happiness to others. When faced with a problem, enlightened people remain optimistic that they will find an answer. Even though the answer was inadequate, they are capable of living peacefully with the decisions they’ve made.

Enlightened people remain relaxed and are at peace most of the time. They have rid themselves of fear and other toxic human emotions. They know and have accepted the fact that the human condition surpasses this physical form so they no longer worry or fear what they do not know.

As mentioned in the beginning of the article, enlightened people exhibit the qualities of being caring and kindhearted. Their actions towards others suggest a genuine level of care, regardless if other people care for him as well. They do things for others and expect nothing in return because they know that such deeds nourish their spiritual life.

Enlightened people don’t center themselves around everything that transpires around them. To be an enlightened person, one must get rid of the sense of a separate being and realize the interlinked aspect of life. They are aware that all physical beings including animals and plants rely on each other for their existence.

What is emotional maturity? It is the ability to no longer act or think with an ego that requires validation to exist. Enlightened people don’t get emotional merely because of petty things because they understand that not all people are spiritually mature enough.

Another quality that allows enlightened people to grow further spiritually is being open minded. They are able to see what’s around them with pristine clarity. They have learnt how to detach any preconceived concepts about both living and non-living entities.

Enlightened people know how to lead others towards a share goal. They understand and have suffered through challenges and realize the need to help others cross that challenging path. An enlightened person leads by example and does not act to control his/her team members.

They are free from external stressors that try to weigh them down. Enlightened people make decisions on their own and are prepared to live with the consequences. They allow others to live the same free life that they live.

Can Function By Themselves

Enlightened people return to their natural spiritual state, which is the state of happiness felt as a child. Their happiness is genuine hence they can function at optimal capacities without relying on anyone or anything.

They replace ego with humility. They know that their physical self is infinitesimal when viewed from the broad spectrum of the universe. They do not feel the need to compare themselves from others.

PrevPreviousWhat Does it Mean When Your Poop Floats?
NextQuestions You Need to Ask Before Going to Bed With Your Partner!Next