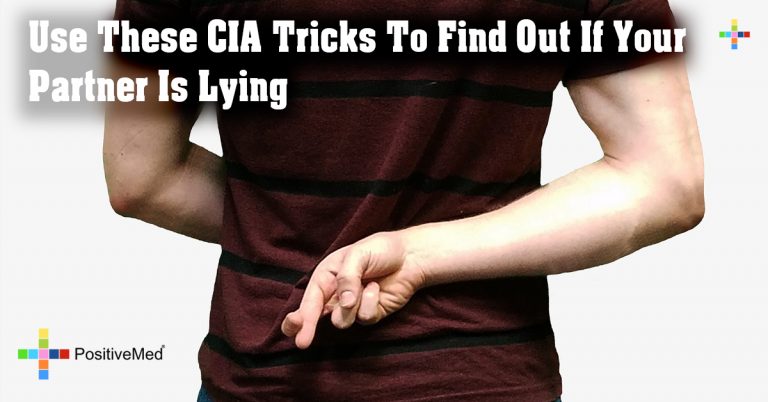 Your partner asked you to pick up a few things at the market, but you are already late leaving work. You know if you go to the store, you won’t make it to the gym. So you get your fitness on, return home and say, “I’m so sorry, but I was so late the market was closed.”

Couples tell white lies all the time. This is probably because they know that telling the truth could prompt a reenactment of WWI. In all reality, the fight is not about not going to the market, but it is about your partner putting themselves before you and then lying about it. To say the least, this is a huge problem in the world of couples. While these little white lies aren’t catastrophic, they definitely aren’t good.

On the other hand, maybe you have been feeling that your partner is lying about something, but you just can’t put your finger on it. Something just doesn’t feel right. This is the time that you need to become Agent 99 and do some detective work. Although discovering that your significant other is a liar stinks, it is still better than being deceived or even worse, letting them think that they got away with murder.

Unless your partner in crime is truly a sociopath and has the keen ability to lie his or her way out of any situation, there are tell-tale clues every super sleuth should look for when they think they are being told a lie.

NEW FOUND RELIGION
When someone is lying, they think that using religious verbiage such as “I swear on a stack of bibles” or “As I stand before you and God himself” gives more credibility. Unfortunately, they couldn’t be further from the truth. Use of such religious phrases from a person who generally doesn’t speak in that manner only exemplifies the fact that they are lying. So unless your partner actually keeps a stack of bibles next to the bed, you can pretty much chalk it up that they are lying.

Constantly reaffirming their innocence is a BIG red flag. Although a truly innocent person may offended by your accusation, they probably won’t feel compelled to use phrases of denial such as “believe me”, “honestly” and “you have to trust me.” Even better is when they try to turn the tables and make you the bad guy by saying, “I can’t believe you don’t trust me. Why would I lie to you?”

At this point in time, there is only one thing to say. “Use your mind!” The reason we are questioning your story is because it is unbelievable. Someone who is lying will try any tactic they can to evade, deny and even blame you for the situation. Do not fall for this trick. It a mere attempt to deflect their guilt. Off with their heads!

BACK TO BASICS
When weaving their basket of lies, liars usually change their body language and most of the time, they aren’t even aware of it. Some of the tell-tale clues are:

Looking away from you when speaking.

This is an obvious one. They know if they look at you, it is over. KABOOM!

On the other end of the rainbow, staring at you as if they are insane. Holding a stare while talking with little blinking or gaze shifting is abnormal. People who are lying think that if they look at you in the eyes, it is more credible. Now, in their defense, it is true that honest people look at each other when speaking, but they do not stare with eyes wide open as if they have drank five cans of Red Bull. This not only makes them appear less credible, but in need of immediate medical attention.

RELATED ARTICLE: What Lying Actually Does to Your Brain Every Day

Unless your other half is practicing for the lead role as the Easter Bunny, they are probably being deceptive.

Running their hands through their hair or unusual fidgeting.

Both of these are dead giveaways that someone might be lying, especially if they never demonstrated these actions before.

Oh what a tangled web we weave when first we practice to deceive. If you think you mate is on the sly, follow your gut feeling. Remember, actions always speak louder than words.