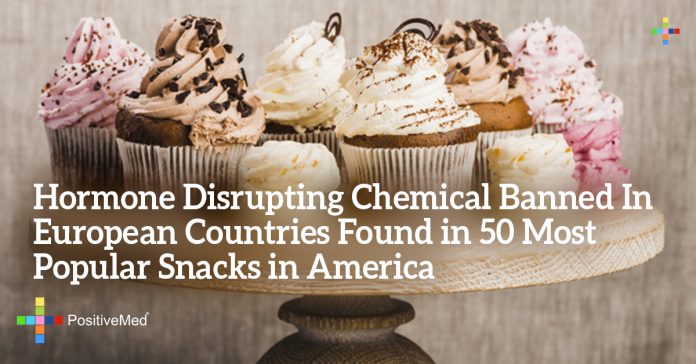 These days we are being constantly bombarded with claims of toxic chemicals that other countries have banned from their industries. Yet when we turn to the FDA – an organization that is supposedly committed to the safety and efficacy of everything in our food and medicines – they tout the use of these chemicals and assure us that what we are eating is fit for human consumption. So why is it that the US is the only one saying “It’s fine” when other developed countries are saying “No way, not here”?

What is it exactly that we are talking about here? Propyl paraben is one of many of the most common parabens being used in cosmetics and foods in the United States. Other parabens include butylparaben, ethylparaben, and methylparaben. These parabens keep your cosmetic products good for months or years, and increase the shelf life of many of the packaged foods you find in grocery stores. Propyl paraben is banned in the European Union because it has been shown to lower sperm counts in rats. This puts it in the category of Endocrine Disruptors, and it is in the top 50 snack foods sold in the US.

RELATED ARTICLE: WHY YOUR NUTRITIONAL SUPPLEMENTS COULD BE SLOWLY KILLING YOU

According to an article published by the Environmental Working Group (EWG), researchers have found that Propyl paraben acts as a “synthetic estrogenic compound”, which can alter gene expression and hormone signaling. These actions can affect development during the most critical stages of life: pre-natal development and during childhood and adolescence. Adverse affects on the immune system have been recorded, and Harvard researchers concluded that parabens could be the cause of reduced fertility in many people.

Does your food contain propyl paraben? If you buy any of the following foods, then yes: Sara Lee Cinnamon Rolls, Newton’s Naturals Get The Munchies Trail Mix, Weight Watchers’ sponge and crème cakes, La Banderita corn tortillas, and so many more. So, how can we get the FDA to change its tune? The EWG has a petition available for the public to sign to try to pressure the FDA and companies to stop using parabens. Consumers can also speak with their wallets by not purchasing foods containing toxic chemicals. Click the links below for access to the petition as well as more information on parabens and how they affect us.